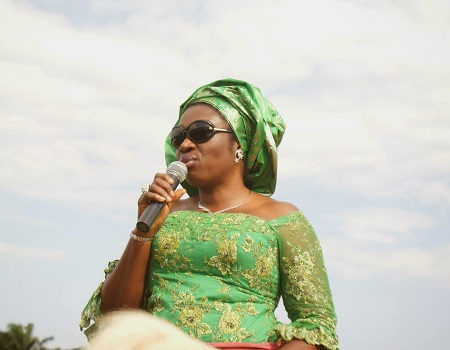 The Senator representing Anambra Central Senatorial District (PDP), at the red chamber of the National Assembly Abuja, Senator Uche Lilian Ekwunife, on Friday, distributed 22 sets of tricycles popularly known as Keke Napep to some of her supporters who stood by her during the 2019 general election.

Distributing the tricycles at her campaign office, along Enugu-Onitsha expressway in Awka, Sen. Ekwunife, noted that the gesture was in fulfillment of her promise to some of the beneficiaries who form the nucleus of her political support base.

She urged the beneficiaries to use the tricycles to support the activities of the People’s Democratic Party in their various wards as the 2021 governorship election draws nearer.

Tribune Online learnt that in June and July 2019, weeks after her inauguration, the lawmaker, distributed sets of tricycles totaling 44 in number. This gesture brings the total number of tricycles she has distributed so far to 66.

One of her supporters and legislative aide, Mr. Solomon Ebo, while commending the gesture, said It’s important to note that Senator Ekwunife in her bid to support and empower her constituents had earlier in the month distributed educational materials to schools in the Senatorial zone, and laptops to some selected youths who participated in her ICT training programme few weeks ago.

All Local Government Chairmen of the People’s Democratic Party in Anambra Central witness the distributions.

Lagos ready to collaborate with NTDC on effective tourism ― Commissioner