UNICEF laments lack of basic needs for children in Bauchi 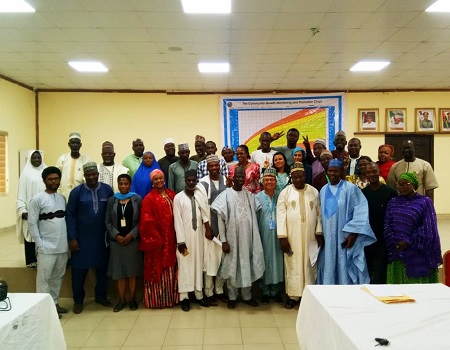 Bauchi Field Office of UNICEF has lamented that children in Bauchi State are deprived of basic needs like education, improved water and sanitation,  nutrition, immunization and birth registration a development that is militating their progress.

Chief of Field Office, Bhanu Pathak who spoke at the launch of a new project titled Child-Friendly Community Initiative (CFCI) also stressed that “the objective of the project is to empower and strengthen the capacity of local governments and rural communities to adopt child-centred attitudes, behaviours and practices and improved access to basic services that promote child well being and development”.

The program which is in line with the mandate of UNICEF in supporting women and children for an enhanced living around the world is to be implemented in Two  Local Government Areas of Toro and Zaki in Bauchi state.

Bhanu Pathak further said that the CFCI project is an integrated approach that will support communities, local governments and traditional institutions with child-centred planning and service delivery saying that, “A child-friendly initiative is a comprehensive approach that brings all services that a child needs in one community to make it easily accessible to all eligible children within the communities”.

According to Bhanu Phathak, Toro and Zaki local government areas were chosen based on the high rate of deprivation in these areas noting that “it is a 2 years program that can be scaled up to other local governments by the state”.

The CFCI  minimum package include exclusive breastfeeding and Immunization, HIV, Malaria/ Pneumonia, Early Childhood Development and Girls Education and ending Girl Child marriages as well as safe water and improved sanitation, Birth registration, prevention of violence against children,  open defecation free communities and prevention and management of diarrhoea while communities are to take the lead to drive the process.

In his remarks, Bauchi State Commissioner of  Budget and Planning, Dr Aminu Hassan Gamawa said that government is concerned with the high rate of out-of-school children and those with Severe Acute Malnutrition (SAM) which is the reason it is committed to the provision of quality healthcare and education.

Aminu Gamawa added that all line ministries, departments and agencies will live up to their responsibility towards the success of the programme and advised for proper monitoring while MDAs should work in synergy pointing out that, ” the state will strive to sustain the programme beyond UNICEF”.

There were presentations by UNICEF officers highlighting the current status of children related challenges in comparison to National average while high point of the meeting was the signing of a communique by UNICEF and all the relevant MDAs in the state.

Drug activities not part of your responsibility, NDLEA warns NSCDC