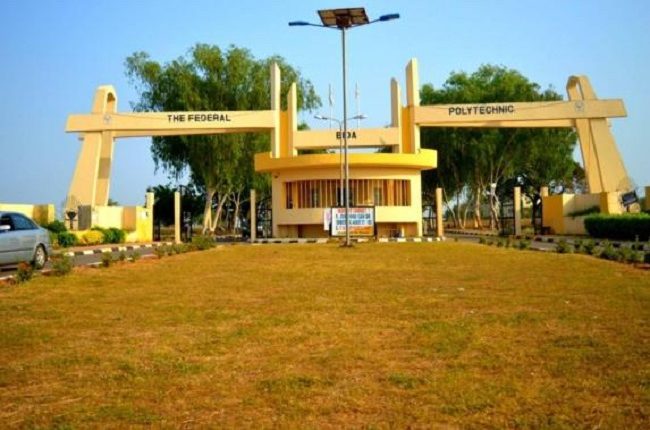 The staff of the Federal Polytechnic Bida can now conveniently own their own houses without breaking the bank.

This is coming in the wake of a Public Private Partnership( PPP) between a private estate developer, APMEG Services Nig. Ltd. and the National Housing Fund( NHF) to provide affordable housing for civil servants across the country.

Representatives of the company stated this recently during a visit to the polytechnic to sensitise staff on how to take advantage of the opportunity to own low-cost houses within Abuja the nation’s political capital city and other parts of the country.

Leader of the delegation Engr. Adeola Abolarin said they were in the polytechnic to create awareness among staff of the Institution on how to access the Federal Government housing loan through the National Housing Fund (NHF).

According to him, “staff of the Federal Polytechnic Bida were contributors to the National Housing Fund and therefore eligible for the housing loan which they could use to acquire affordable homes through the company.”

Abolarin noted that ten per cent of the total cost of the property the buyer intends to acquire would be deposited with the company after which 2.5% would be deducted from their salary for the rest of the repayment period.

Abolarin enumerated a passbook, payslip, N.H.F number and personal data as some of the documents required for the loan.

While explaining some of the benefits of the arrangement, the team leader pointed out that properties under the scheme were affordable, adding that the tenure of the loan could run up to 30 years while only 6% is fixed as the interest rate.

Desk officer of the N.H.F in the polytechnic, Mohammed Y. Mohammed while emphasizing the importance of a passbook as a basic requirement for the loan said, “over 80% of the polytechnic staff did not have the passbook yet”.

“Federal Mortgage Bank is the issuer of the passbook. Due to the staff numerical strength in the polytechnic, we are expecting 2,000 passbooks from the F.M.B. I, therefore, urge you to exercise patience as we await the passbook from F.M.B,” he stated.

In his remarks at the event, the Registrar of the polytechnic, Mallam Hussaini Enagi, also urged the staff of the polytechnic to explore the opportunity to own a house, while encouraging them to obtain the form from the APMEG officials at the rate of N10,000.

He thereby applauded the officials of APMEG for finding the polytechnic’s staff worthy of the opportunity.