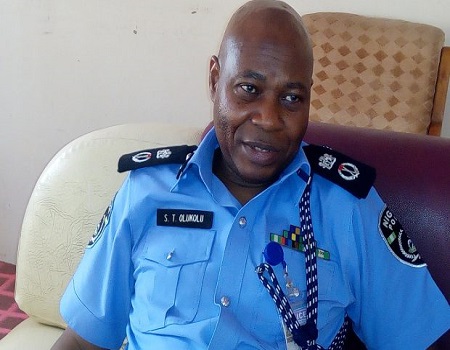 Commissioner for Police in Oyo state, Shina Olukolu has discarded notions that the police is averse to the setting up of Amotekun by states of the South West, noting that community policing does not replace statutory responsibilities of the police, in any way.

Speaking at a symposium on community policing organised by the Faculty of Law, Lead City University, Olukolu said the police even craved more of such partnership and assistance that will make the country more secure.

Represented by Area Commander, Apata, Francis Ojomo, Olukolu said the police was keen on community policing through the improvement of its relationship with members of the public so as to tackle kidnapping, armed robbery, farmers/herdsmen clashes and other criminalities.

He avowed that the federal government was favourably disposed to community policing, urging Nigerians to provide security agencies with information that will guarantee peace and stability across the country.

Olukolu advanced the need for the repositioning of the police such that rather than dominate, the police guides and shares power with communities.

“The establishment of Amotekun does not affect the Nigerian police in any way. It will rather assist in the work we are doing because the more the merrier. We want more people to come on board to assist the police. “Community policing does not replace other police responsibilities. Community policing has the capacity to grow the country and the federal government is favourably disposed to community policing because that is the in-thing all over the world,” Olukolu said.

In his contribution, Chairman, Nigeria Bar Association, Ibadan branch, Dr John Akintayo stressed that the law establishing Amotekun already provided a synergy in its operation with the police.

He admonished that communities be involved in the recruitment of Amotekun corps to ensure that people with good background and a good grasp of their areas of operation are engaged.

He, however, noted the need for the police to improve on its perception among Nigerians.

Adding his voice to the discourse, a legal practitioner, Olumide Babalola charged Nigerians to be willing to support community policing through information gathering.

He, however, noted the importance of the police being well remunerated to encourage them to be diligent in performing their duties.

President, Lead City University Law Students Association, Abdullahi Idris, stressed the need for all Nigerians not to leave the job of security to security agencies, noting that all must be involved.