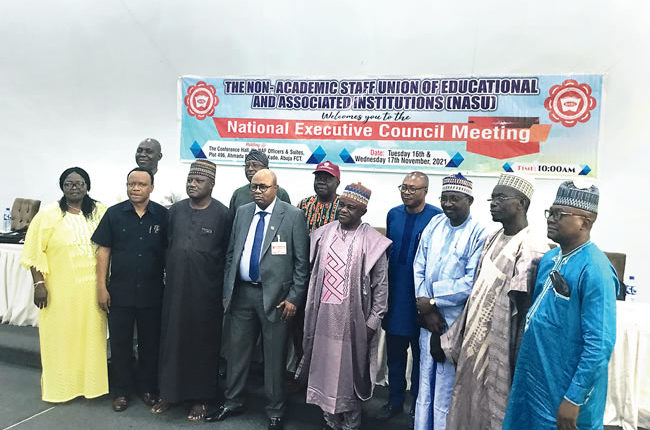 The Nigeria Labour Congress (NLC) in her message to mark this year’s Industrialisation Day of Africa, called on the continent’s governments to renew their commitment towards inclusive and sustainable industrialisation and economic diversification, saying that the black world’s development, survival and success story depends on how seriously and important its leaders take industrialisation  and implementation of its policies.

This was contained in a press statement signed by the President of NLC and the International Trade Unions Confederation (ITUC), Comrade Ayuba Wabba.

The NLC president went on to say; “The theme of this year’s Africa Industrialisation Day – Industrialising Africa: Renewed commitment towards an inclusive and sustainable industrialisation and economic diversification – could not have come at a better time. This is given the dislocation occasioned by the incidence of the COVID-19 plague. The pandemic has revealed the acute deficits of social protection cover as only 17.4 per cent of Africans can boast of security cover. This challenge is symptomatic of poor industrialisation and the consequent dearth of decent jobs in Africa.

“We should use the occasion of the commemoration of the 2021 Africa’s Industrialisation Day to re-write the narrative of under-development in our continent which is perpetuated by acute de-industrialisation. This is the time to change the begging bowl stereotype of the African continent by re-industrialising our cities, towns and villages.

“It is pertinent to point out that having missed the first, second and third industrial revolutions, African cannot afford to be left out of the fourth revolution. We must diligently implement the core provisions of the foregoing development plans with a focus on industry 4.0 – a sub-set of the fourth industrial revolution that includes cyber-physical systems, the internet of things, the industrial internet of things, cloud computing, cognitive computing and artificial intelligence.”

He added; “There are a number of catch up before we can hop on the train of the fourth industrial revolution. We must prioritise our social sector. We must improve social services. We must increase budgetary allocation to education, health and social welfare services and with an eye on value for money. We must improve physical infrastructure. We must build roads, railways and inland waterways to connect our sub regions. We must resolve the chaos in our aviation sector.

“We must enhance the value additions to our primary modes of our economy. We must restore the culture of mutual respect, maintain the peace, foster stability and end the wars and violence on the mother continent. Now is the time to industrialise Africa.”

The statement also noted that 2021 commemoration of Africa’s Industrialisation Day is an offshoot of the 1989 United Nations General Assembly proclamation on Social Industrial Development Decade for Africa.