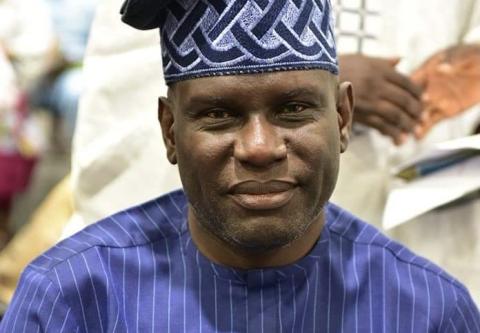 The former Commissioner for Local Government and Chieftaincy, Adegboyega Adefarati,  has emerged as the candidate of the All Progressives Congress (APC) for Akoko South East/Akoko Southwest federal constituency in the rescheduled primary election of the party.

A Federal High court had ordered a rerun of the election, following a suit by other aspirants eyeing the seat.

Adefarati who is a son of the former governor of the state, Chief Adebayo Adefarati, emerged the winner of the contest, polling 71 votes to defeat Dr Olusegun Ategbole who scored 55 during a fresh primary election held at St Patrick’s college Iwaro Oka Akoko.

The National body of the party had in a letter informed the Independent National Electoral Commission, (INEC) of its decision to conduct a fresh primary election in the Akoko SouthEast/SouthWest Federal Constituency following a high court ruling.

A five-man electoral committee from the national headquarters of the party led by the former deputy governor of Anambra state, Dr Nkem Okeke said that a total of 126 delegates participated in the election, with Adefarati scoring 71 of the votes while Dr Ategbole polled 55 votes.

Speaking after the contest, Adefarati in a statement signed by him, said the victory is not only for him and his supporters but for all contestants who participated in the process.

He said “Of a special and specific appreciation, I thank Ondo State Governor and the Chairman of Southern Governors’ Forum, our own Arakunrin Oluwarotimi Akeredolu, SAN, for his support and steadfastness in this project.

“Aketi is an upright man who lives and leads justly for the equity of all in his party and administration. To us at the Triple-A Support Group, we are proud that our Leader didn’t make a wrong choice in leadership. Aketi is a wonderful and worthy Leader”

“In a similar manner, I singled out the National and State Executives of our party for appreciation for giving the contest a robust fight by providing a level plain ground for all the party members to express their free choices and propel their ambitions.

“To all our esteemed and erudite APC Leaders in Akoko South East and Akoko South West Federal Constituency, your support(s) are not quantifiable in any measure.

“Your brother and your self-chosen Candidate, Triple A, would keep appreciating you for your love and support.”

“Of a truth, this election wouldn’t have been electrifying and interesting if Dr Victor Ategbole didn’t put up a legal challenge and great political prowess of contest.

“That is the beauty of democracy. We contest, we oppose, we reconcile and we realign. If it is not so, democracy will be despondent for people to practice.

“Now as a brother in this beautiful APC family, we welcome his contributions in ensuring that the Candidate of his party emerges victoriously in the general election”

It will be recalled that the initial primary election in the federal constituency was held on May 27, at Akure, the state capital, following an alleged security problem before the court sitting in Akure ordered a rerun, which was monitored by INEC.