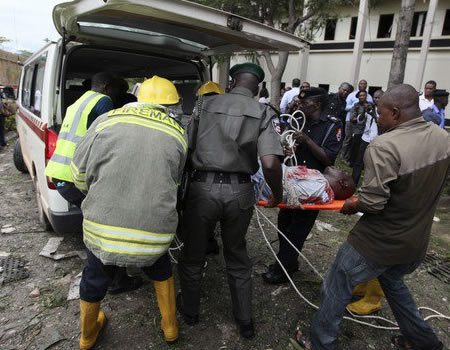 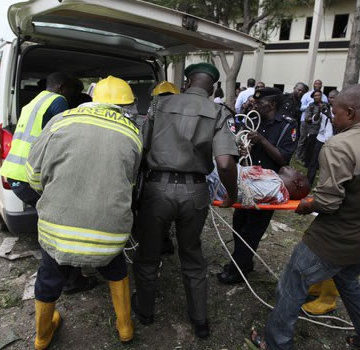 SEVEN people have been confirmed dead when two suicide bombers stormed the small settlement around Dalori Internally Displaced People (IDP) camp, which is the largest, located in the outskirts of the Borno State capital, Maiduguri.

One of the suicide bombers actually died alone not killing anybody because she could not get to the camp before she knew the game was up and she had to detonate killing herself.

Chairman of the State Emergency Management Agency (SEMA), Ahmed Satomi said that one of the insurgents a male actually penetrated the Dalori camp before he was stopped bringing down thirty-nine wounded who were given treatment at the time of filing this report.

The SEMA boss told newsmen that the twin explosion took place at separate but close locations when the two suicide bombers laced with improvised explosive devices IEDs attempting to get into the nearby Dalori settlement blew themselves up at the quarters not far from each other.

Humanitarian bodies are said to be counting the wounded in but thirty-nine persons were said to have sustained injuries and they are undergoing treatment whereas the two suicide bombers were both killed by the explosion.

Meanwhile, curfew hours in most IDP camps remain 6 pm while the rest of the State capital and Biu town shut down at 10:30 pm.

AI in medicine: Future doctors may not be human

Buhari in Maiduguri for Independence celebration