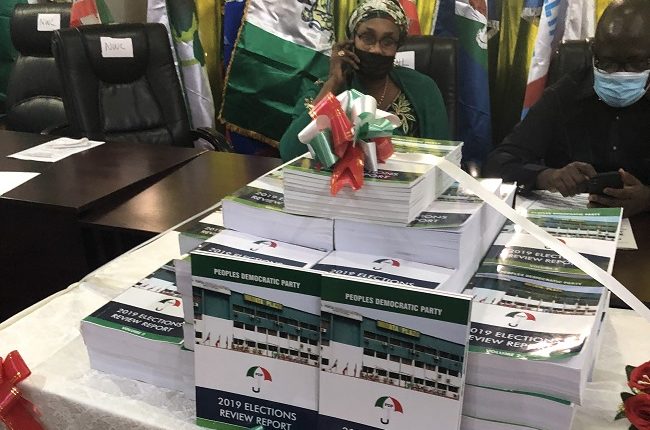 The Peoples Democratic Party (PDP) 2019 Election Review Committee led by Governor Bala Mohammed of Bauchi State on Wednesday submitted its report in which it recommended that the geo-political zone with the least stint in power so far should be given consideration in the selection of the 2023 presidential candidate of the party.

Making this declaration while presenting the report to the national leadership of the party led by the National Chairman, Prince Uche Secondus at the party national secretariat in Abuja, Mohammed, however, said that the party must conduct a credible national presidential primary as he maintained that there are capable individuals all around the country.

The committee also recommended that the PDP should set aside a certain percentage for youth and women in elected and appointive offices.

It also called on the party to endorse the outcome of the 2014 National Conference or in the alternative, support the call for a new one.

The committee lamented the role of the military in the conduct of elections in the country and advised that while the military must be insulated from politics, the police must be impartial during the exercise.

Reps member apologises to Nigerians in Diaspora over blocked petition