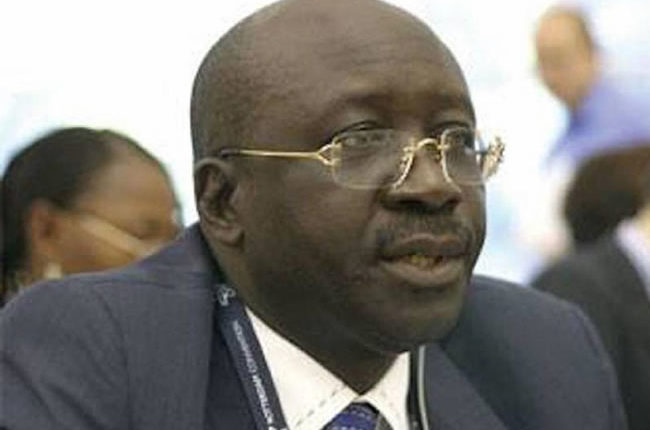 LEON USIGBE reviews the activities in the past year that threatened the continued existence of the Peoples Democratic Party (PDP).

The Peoples Democratic Party (PDP) tethered on the edge of precipice for most part of 2021. It was dragged on all sides by internal struggles that threatened to wipe it off the Nigerian  political space.

The national working committee (NWC), its national leadership that has the responsibility to coalesce the constituent parts found itself at cross purposes with powerful interests backed by some state governors and other influential stakeholders unable to cohere.

As the election inches closer, interests who desire a head start, continue to position themselves for the advantage. The PDP has therefore become polarized along the lines of those who sympathise with differing presidential tendencies.

The main opposition party was severely weakened not just by the struggle to control its soul but also by the high profile defections engineered by the ruling All Progressives Congress (APC) that saw the membership of the former ruling party thin out when some of its state governors, lawmakers and important members left to join the APC.  Following the 2021 example of governor Dave Umahi of Ebonyi state, governors Ben Ayade of Cross River state and his Zamfara state counterpart, Bello Matawalle, dumped the party to align with the rival APC.

The Prince Uche Secondus national leadership found itself enmeshed in its own survival battles as stakeholders accused him of ineptitude especially over his inability to halt the torrent of defections at various levels. But he fought back as he argued that those who left to the APC had no valid reasons to do so except the fear for their futures.  His leadership was of the opinion that the defected governors had their fingers soiled through the mishandling of public resources that had allegedly been used against them by the ruling party as a point of blackmail. To be protected from future discomfort therefore, they needed no further convincing on the need to switch parties.

Governor Nyesom Wike of Rivers state agreed that rather than for a problem within the PDP, the defectors were driven by other considerations especially fear.  He said: “Unfortunately, from all those who have defected, nobody has given you any cogent or tenable reason that you can believe why they are defecting. Governor Umahi left, what is his reason? What did he say? Ayade left. What did he say? Matawalle just left. What did he say? So, there are different reasons why people leave. With all due respect, they are all my colleagues as governors; nobody has given any tangible reasons why they left. Nobody!” “People are leaving to the ruling party to cover their inadequacies. People are afraid and (saying) let me go to the ruling party so I will be protected. And my question to them is protection from what? What protection are you looking for as a governor?”

“The day President Buhari is leaving office is the day I am leaving office. And if people say that, which of the governors in these states can say they have been intimidated the way Rivers state governor has been intimidated? Which of the governors will say they have faced the kind of election as a governor of a state that I faced? Why will I, based on the kind of Intimidation and the things that happened, not say ‘look, let me go to APC  and seek for protection? You are aware in 2015, there was nothing the ruling party did not do to remove me from office.  Nothing! That alone, having survived that, would have made me to say, ok, I don’t want further problems, let me go and see how I can seek protection. But as a man who has conscience, as a man who believes that…even where you want to get protection, they have no protection. They are merely trying to woo you and expose you at the end of the day.”

In the midst of the defections,  Secondus woes magified when some elected members of NEC openly castigated him and resigned from their positions. He had fallen out of favour with his benefactor, Wike who famously accused his NWC of being tax collectors. Things careened badly for their relationship from that point on and observers believed that it was only a matter of time before their schism would rob off on the entire party leadership. The Rivers governor was, therefore, seen as the brain behind the push to oust Secondus for most of the year. He gave his reasons why Secondus was no longer suitable to lead the party especially going into the all-important national convention. Though Wike framed those reasons as altruistic, political watchers were of the belief that it boiled down to his vaunted political ambition to control the 2023 presidential candidate selection process to which Secondus might be an impediment.

As if taking a cue from Wike’s disgruntlement with Secondus, some members of the NWC moved for his removal. This was followed by order from the Rivers state High Court in Degema, to restrain him from parading himself as the party chairman. Though, he obtained a counter order from the Kebbi state High Court, it never held water as the party went ahead to name the deputy national chairman (South), Elder Yemi Akinwonmi, as the acting national chairman.

Secondus, subsequently, stayed away from all the official gatherings of the PDP in obedience to court order though he continuously insisted that he remained the party boss until the end of his tenure on December 9.

The PDP was saved by its firmly rooted processes that had proved over the years that no single individual can be powerful enough to appropriate the party for personal gains. Its organs famed for their wily ways of dealing with contentious issues and coming to a resolution each time the party faces the abyss once again proved their mettle. The Board of Trustees (BoT) led the push to return the party to normality followed by stakeholders’ interventions, expanded national caucus, PDP Governors Forum and ultimately, the NEC, the highest decision-making body of the PDP. Their efforts culminated in the October 31, 2021 crunch national convention where its new national leadership led by Dr. Iyorchia Ayu, emerged through a largely consensus arrangement that has given no room for further dissent.

The PDP under Ayu now feels it is back to rescue Nigeria from the mess it says the APC has plunged it. “Those who have lost hope should today know that Nigeria is not a divided country. A small group of people decided to divide Nigeria. PDP will come back, unite our people, put them together, north and south, east and west. We will move ahead to develop this country. We did it before. We are going to do it again,” Ayu confidently maintained while giving the ruling party a quit notice in October.

2021: Year of mistrust inside Buhari’s House

I will never vote for Tinubu, APC for flying Muslim-Muslim ticket, says Onaiyekan