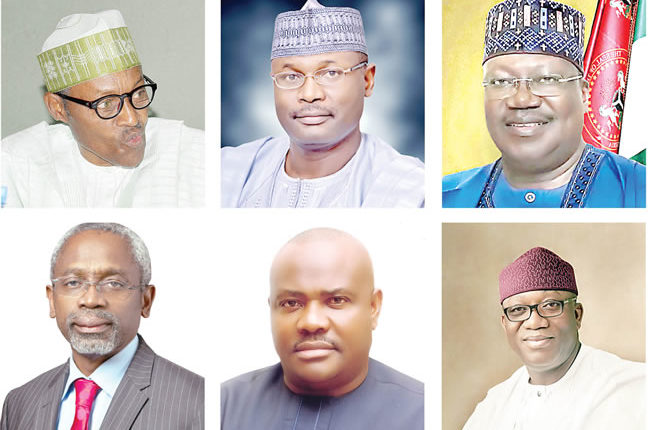 As 2021 is drawing to a close, KUNLE ODEREMI examines some fundamental issues that perpetually underline Nigeria’s battle for nationhood, due to lack of political will by successive governments.

ABOUT 72 hours to the end of the year, 2021, lots of issues are nagging in the political space. Many of them, inherited from previous years, remain in the front burner and totally unresolved as the authorities play the ostrich. Among the big issue is power rotation. The parties are in a dilemma over zoning. Neither the ruling All Progressives Congress (APC) nor the main opposition Peoples Democratic Party (PDP) has been able to settle the conundrum called power shift. Both parties are playing hide and seek over the principle of rotational presidency in a seeming gradual playback of the 2015 scenario.In the raging debate of power rotation in the outgoing year, some statesmen, including former President Olusegun Obasanjo added their voice to the matter. He said only persons with deep knowledge about the economy should be considered for the nation’s number one seat. His suggestion was based on the precarious state of the national economy in the last few years with most citizens literally becoming walking corpses due to poverty and unemployment.

Another former Nigerian leader, General Ibrahim Babangida added another dimension to the debate over power shift with his position for a paradigm shift from gerontocracy to an era of younger blood. The former military president canvassed that the next president should be under 60 years ostensibly in consonance with emerging trends in other progressive democracies, coupled with the need to raise the bar on governance and democratic standard.

In the outgoing year, other concerned citizens resuscitated the clamour for a revisit to the current maximum of four two terms of four years for president. They believe it was fraught with issues, including desperation for second term by an incumbent to retain power at all cost, lethargy by a president once he secures a second term. According to them, the system gives room for manipulation, and other undemocratic practices by incumbents, even at state levels. Thus, the proponents of a single term of six years argue that it is capable of erasing those inadequacies, tension and intolerance and do or die mentality in the polity.

Other interests in the political space pushed for the insertion of a clause on independent candidacy. The promoters are of the view that it could give an ample chance for credible persons with pedigree,  character and untaited records to favourably compete for elective public offices against perceived incompetent candidates of political parties with odious pasts.

Similarly in the outgoing year, another category of Nigerians demanded the excision of the immunity clause from the constitution due to the gross abuse of public office holders, especially at the executive level.

Perhaps, one of the most remarkable political events of 2021 was the spirited effort to review the 1999 Constitution (as amended) by the National Assembly. There was much public attention to the move because of the apparent gusto displayed by the National assembly Ad hoc committees saddled with the exercise. The continued shifting of the goal post in relation to the submission of the report of the committee soon culminated in the loss of public confidence in the move, a similar fate the exercise suffered in the past. Today, not many talk about the venture, because it has become an all motion and no movement so to speak.

Yet, the strident demand by a preponderance of groups and individuals for a rejig of the existing convoluted federal arrangement subsists. Mass-based organisation, including ethnic nationality groups, professionals and other well-meaning institutions remain resolute in their demand for a return to a true and ideal federal structure, with a weak centre, where the federating units: federal and state coexist in a coordinate arrangement. The ideal situation informs the sustained call for devolution of power, fiscal federalism/resource control, among others issues that dominated proceedings at the various zonal public hearings conducted across the country by the National Assembly on the planned review of the constitution.

Some of those fundamental issues resurfaced at the public sessions held by the Revenue Mobilisation and Fiscal Allocation Commission (RMFAC) on the ongoing plan to review the federal allocation formula. Previous effort in that regard came to naught, in spite of the constitutional provision and requirement for a periodic review of the formula.

No doubt, the issue of the Valued Added Tax (VAT) was deep sore in the body politics in 2021. The debate became most rancourous following a court ruling that it is in fact states that have to the constitutional power to collect VAT and not federal through the Federal Inland Revenue Commission (FIRC). It was yet another acid test of the provisions of the current constitution and indeed the subsisting federal arrangement, as the issue polarized the governors and the entire country. The matter is still a subject of litigation, with some experts canvasing a political solution.

With the successful conduct of the governorship poll in Anambra State on November 6, 2021, the stage is set for similar elections in Osun and Ekiti states in the incoming year. Those elections are bound to set a near template for the 2023 general election. But the path to the election year is being beclouded by the uncertainty surrounding the Electoral Act Amendment bill. The presumed cardinal rule for the historic elections of 2023 is hemorrhaged by the lacklustre attitude of President Buhari to granting presidential assent to the bill. Whereas there are suggestions that members of the National Assembly exercise their power of veto on the bill already returned to the legislature by the president, there are those who believe the lawmakers lack the political will to do the needful in this circumstance because of personal political interest and gain.

Beyond the prism of the political parties is the travails of Sunday Adeyemo and Nnamdi Kanu over ethnic agitations. Both men are currently in detention after being arrested by security operatives.

But one matter that may fundamentally shape the country in the incoming year is the headcount to be conducted by the National Population Commission (NPC). The commission appears undaunted by the seeming public cynism and schism trailing preparations for the exercise, particularly because of the widespread security issues on ground, economic crunch and low morale of the citizens due to weak economic power and despair.

Of course, it is expected to be a crucial year for the political parties as they step up preparations for primaries to select candidates for major elections. How this pans out is matter of conjecture, notwithstanding the trajectories of the individual parties and their power brokers.

Ori: Of the physical head and predestination