2021: Year of mistrust inside Buhari’s House 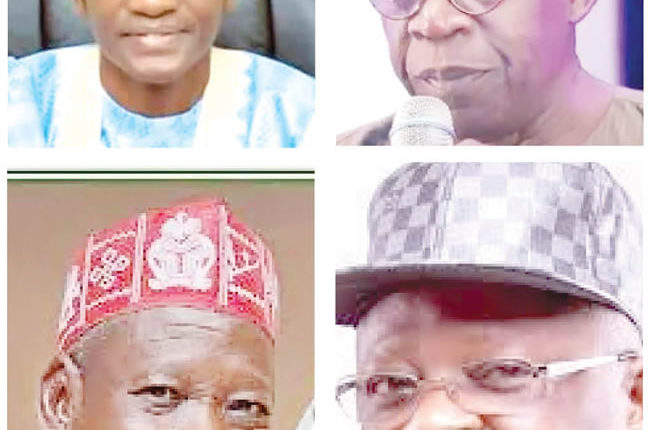 2021 is certainly not a year the power brokers in the All Progressives Congress (APC)will forget in a hurry. Despite the lull in the activities that will lead to the conduct of the convention where substantive national officers will emerge, chieftains with vested interest in 2023 general election are leaving nothing to chance. The National Working Committee (NWC) that will  take over from the careraker committee  is expected to conduct the Presidential Convention where the APC candidate for the next general elections will emerge.

The APC Caretaker/Extraordinary Convention Planning Committee under the leadership of Yobe state governor, Mai Mala Buni has been silent on zoning arrangement, prevaricated on  the convention date,  until last November after a brief meeting with President Muhammadu Buhari. Despite its claim to being on firm ground, the Supreme Court judgement which confirmed Governor Rotimi Akeredolu victory in the 2020 Governorship election in Ondo State  also unsettled the interim national leadership of the party.

Nigerian Tribune chronicles the diary of major  events at Buhari House, the APC national secretariat in the outgoing year.

Six months after his Ebonyi State counterpart, David Umahi, dumped the main opposition Peoples Democratic Party, (PDP), his colleague in Cross Rivers State, Ben Ayade also jolted his party faithful particularly in his south south geo political zone by dumping the PDP. In Calabar to welcome Governor Ayade to his new  platform were six APC governors:  Mai Mala Buni of Yobe, AtikuBagudu of Kebbi, Hope Uzodinma of Imo, Simon Lalong of Plateau, BadaruAbubakar of Jigawa and KayodeFayemi of Ekiti. Before his defection, the Cross River state  governor  had complained about being poorly treated by the PDP. With the loss of Edo State governor, Godwin Obaseki to the PDP, Ayade’s entry to the APC had given the APC presence in the zone.

The Zamfara State governor on the platform of the PDP, Bello Muhammad Matawalle,  also abandoned his party for the APC. At the rally held in Gusau, the state capital, the National Caretaker Committee Chairman of APC and Governor of Yobe State, Mai Mala Buni made a pronouncement that had since polarised the State chapter of the party in the North-West state into factions: dissolution of the state caretaker committee and proclamation of Governor Matawalle as the leader of the party which he said was  based on the provision of the APC Constitution.

The reconciliation efforts initiated by the Governor Buni led Caretaker Committee had since suffered great setback as the political combatants in the state: Senator KabiruMarafa and former Zamfara state governor and chairmanship aspirant, Abdulazeez Yari had since returned to the trenches against Governor Matawalle.

The Supreme Court in its majority judgement, upheld the victory of the sitting Ondo State Governor and candidate of the APC in the October 10, 2020 Governorship election, RotimiAkeredolu.In the petition filed by the candidate of the PDP, Eyitayo Jegede (SAN), had faulted the eligibility of Yobe governor and Chairman APC, caretaker and extraordinary convention planning Committee, Mai Mala Buni to hold both elective and party positions. Jegede (SAN)  in his petition had argued that Buni, according to section 183 of the constitution and article 17(4) of the APC, could not function both as governor and acting chairman of the APC concurrently.

At Buhari House, the APC secretariat and the Presidency varied interpretations was given to the majority and minority judgements  of the apex court. Minister of State, Labour, Festus Keyamo, (SAN) in a private memo to the party stakeholders, which went viral called for a halt to the ward Congresses which had already been scheduled before the Supreme Court judgement, while he equally demanded that machinery be set in motion to see to the exit of Governor Buni led CECPC from the party national secretariat. He was joined by the Special Adviser on Political Matters to President Buhari, Babafemi Ojudu. While certain blocs which felt supplanted with the emergence of Governor Buni aligned with Keyamo, majority of the APC Governors rallied behind  their colleague.

In the Presidency, Vice President, Professor Yemi Osinbajo, flaunted the minority judgment, insisting that Governor Buni must dislodge himself from the APC secretariat. He was, however, countered by the Attorney General and Minister of Justice, Abubakar Malami (SAN), an ally of the ubiquitous APC governors who maintained that the minority judgment was of no consequence in law.

In his remarks at the inauguration of the team, Governor Buni said the “caretaker committee found it expedient to constitute the National Reconciliation Committee to reconcile emerging misunderstandings and differences which might arise from the outcome of the congresses.” On terms of reference, Governor Buni tasked Senator Adamu Committee to “conduct appropriate engagement between identified groups in each state where there are disputes with a view to bringing about genuine reconciliation and establishing lasting peace and unity in the party; consult with party Leaders and concerned members as the committee deems necessary with a view to achieving peace therein.”

The Senator Adamu Committee was equally given the task to “critically examine areas of conflict on the just concluded Ward and Local Government Congress and advance solutions in the circumstance.”

The state, earlier scheduled for October 2 but, was conducted across the country, with the exception of  Anambra and Zamfara states. Indication that the party was set for serious internal dissension emerged after the ward and local government congresses, as aggrieved chieftains accused sitting governors of hijacking the process.

In states where APC was in opposition, fingers of scorn were pointed at  Ministers and high ranking senators. Parallel congresses were conducted in most of the States: Kano, Lagos, Ogun, Kwara, Zamfara, amongst others. In states like Delta, certain chieftains led by Minister of State, Labour, Festus Keyamo, former governorship candidate, Great Ogboru, stayed away from the congress, accusing Senator representing Delta Central and deputy senate president, Ovie Omo-Agege, of hijacking the election.

Despite its boast to increase its presence in the South East zone by winning the Anambra state governorship election, the APC came a distant third in the race. The Returning Officer of the Anambra Governorship Election, Prof Florence Obi, declared the former Governor of the Central Bank of Nigeria (CBN) and  candidate of the All Progressives Grand Alliance (APGA), Professor Charles Soludo as winner after the November 6 election was declared inconclusive by INEC and after a supplementary election was held in the Ihiala Local Government Area of the state . Soludo  won 19 of the 21 local governments areas, including Ihiala LGA.

The APGA candidate won with 112,229 votes beating Valentine Ozigbo of the Peoples Democratic Party, who polled 53,807 votes, and Andy Uba of the APC who got 43,285 votes. Ifeanyi Ubah of the Young Progressive Party polled 21,261 votes came fourth.

Kebbi State Governor and Chairman of the Progressives Governors Forum, Abubakar Atiku Bagudu disclosed that the APC Convention will hold next February. Speaking with newsmen  after a closed-door meeting with President Muhammadu Buhari at the State House, Abuja, Bagudu said the President as leader of the party had given the party the go ahead to hold the convention on a date to be determined in February, next year. The Kebbi state governor who was in the company of Buni, and Jigawa State governor, Abubakar Badaru, stressed that all stakeholders of the party, including National Assembly members, were being carried along in fixing a new date for National Convention.

Kano governor loses out to Shekarau

The leadership tussle for the control of the Kano state chapter of the APC took a dramatic twist  as the Kano state governor, Governor Abdullahi Ganduje, lost his grip on the party structures to a faction led by former Governor Ibrahim Shekarau. In league with the Senator representing Kano Central is his counterpart representing Kano North, Barau Jibrin and certain federal lawmakers in the House of Representatives from the North West state.

A federal High Court sitting in Maitama, Abuja voided the ward and State Congresses conducted by Governor Ganduje faction which produced Abdullahi Abbas as chairman. By virtue of the court pronouncement, Ahmadu Haruna Zago (Danzago), who emerged at the parallel Congress conducted by the Senator Shekarau faction had effectively emerged as the chairman of the Kano APC chapter.

Former Lagos State governor and leader of the APC, Bola Tinubu in what could be taken as a formal declaration, ended speculation to his presidential ambition. Speaking after a closed door meeting with certain northern elders in Abuja, the former Lagos governor said he would not rebuff pressures to seek the exalted office of President in 2023.

In a letter addressed to President of the Senate, Ahmad Lawan , President Buhari maintained that the last November resolution of both chambers of National Assembly which restricted political parties to sole choice of direct primary for the emergence of candidates for general elections was undemocratic and infringement on fundamental rights.