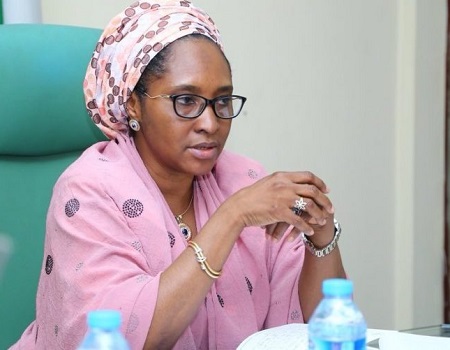 AS another economic recession looms in the wake of the global Covid-19 pandemic, there are very present fears among workers of the 36 state governments over the ability of their governments to continue to pay their salaries.

Already, tension has started brewing within the Federation Accounts Allocation Committee (FAAC) whose members could not agree on Wednesday over the amount presented for sharing.

An official in the ministry hinted that members of the committee could not agree on the amount presented for sharing by the revenue generating agencies.

The amount presented for sharing was far below what the members of the committee were expecting to be shared by the three tiers of government.

And since the committee could not agree on the amount to be shared, the issue would have to be taken to the National Economic Council meeting scheduled to hold on Thursday.

With the oil price now more than 50 per cent lower than Nigeria’s budget benchmark, the country’s oil-dependent economy has come under more pressure.

The fresh crisis is coming even while workers in the states are beginning to heave a sigh of relief after the economic recession of 2016 which threw workers of most states into economic misery.

At a point, 27 states were owing workers and pensioners salaries and entitlements ranging from one to 36 months.

A 2017 survey showed that many states defaulted in the payments of pensions and gratuities, with Imo, Taraba and Niger states owing pensioners two to three years in entitlements.

Kogi, Abia, Benue, Oyo, Ekiti and Ondo states had not paid their workers’ salaries in 2017, owing at least four months’ salary. Lagos and Rivers, however, did not owe any salary arrears.

It is likely that the current crisis will hit states and their workers harder than it happened in 2016 because the lowest price then was $29 per barrel and it quickly moved up to $35 per barrel and continued climbing.

But now, however, experts are predicting that oil price could fall to as low as $10 per barrel with the rampaging c oronavirus and oil war between Saudi Arabia and Russia.

Aside funds from federation accounts, the only other source of income for the states is their internally generated revenue (IGR), which was still paltry for most states and is unable to meet their recurrent needs.

In the nine months to September 2019, the National Bureau of Statistics (NBS) reported the 36 states and FCT to have generated N986.29bn as their IGR.

Aside their paltry IGR, states were still groaning under the yoke of the repayments of massive bailout given them by the Federal Government during the 2016 recession.

A total of N614 billion was issued out to 35 states except Lagos during the recession under the National Budget Support Loan Facility.

Federal Government in 2019, demanded the repayment of the sum.

Rumblings in Osun over Oyetola’s reversal of Aregbesola’s policies