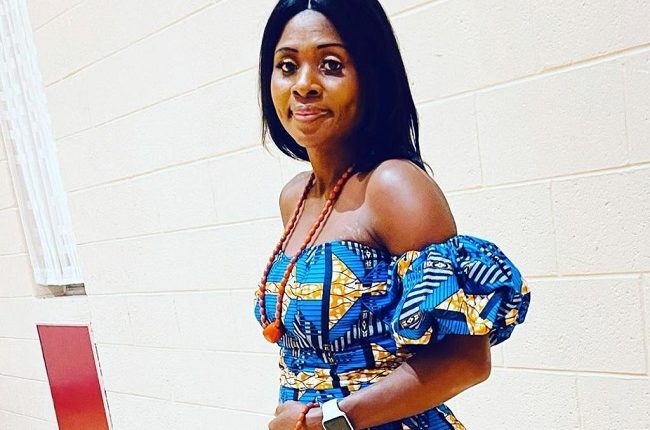 Excited about her new body of work, ‘Grace to follow’, Nigerian born – US-based gospel singer, Eguono Emuraishe, is enthusiastic that the new album will push her further up the ladder in the music industry and make her recognised as one of the best female gospel artistes in Nigeria.

Introduced into the world of music at a very tender age, Eguono began her sojourn into music at age five and was part of the children’s choir in Warri, Delta state where she grew up. Her passion for music grew stronger by the day and her interest for gospel music was fueled while listening to artistes like Whitney Houston, Celine Dion,Dolly Parton amongst others.

While speaking on why she chose the gospel genre of music, she revealed that gospel music is what speaks to her heart, and writing songs gives her joy. She also reiterated that she derives joy in sharing her songs with the world.

“Gospel music is it for me, it’s what speaks to me and I have so much joy in my heart when I write songs. I spent most of my life listening to gospel singers like Cece Winans and Mary Mary and this is what formed my interest in gospel music. I have so much to share with the world and I’m excited about it,” she said.

Eguono has concluded plans to share more of her gift with the world as she is set to release a new album entitled Grace to follow. The work of art which is set to be released soon is meant to establish the singer as a gospel artist and weave her way through the hearts of gospel music lovers as well as to draw men closer to God.

“The album, Grace to follow is one that is dear to my heart and I can’t wait for the world to hear it. Whatever songs I have written down and recorded is foremost for the purpose of drawing men closer to God, any other thing is just an added advantage”, she added.

Speaking further about the album, Emuraishe revealed that she plans to aim at higher heights that will further launch her into the music industry.

“Aiming high has always been my watchword, and I believe with the release of this new album the sky will just be the starting point for me and there’s more where that came from, so my fans and gospel music lovers across the world should watch out for me,” she enthused.

Eguono Emuraishe in 2018 was a nominee for the Hollywood and African prestigious awards for which she won in the Independent Female Artiste award category; she has recently bagged another nomination at the AMTWA Awards which will be holding on December 4, 2021.

Teachers without TRCN certification are unqualified, FG insists as 9,204 sit for…

IPOB charges Kumuyi, CAN not to ignore advice on security