Why we have badly subtitled Nigerian movies —Actor, Opeyemi Dada 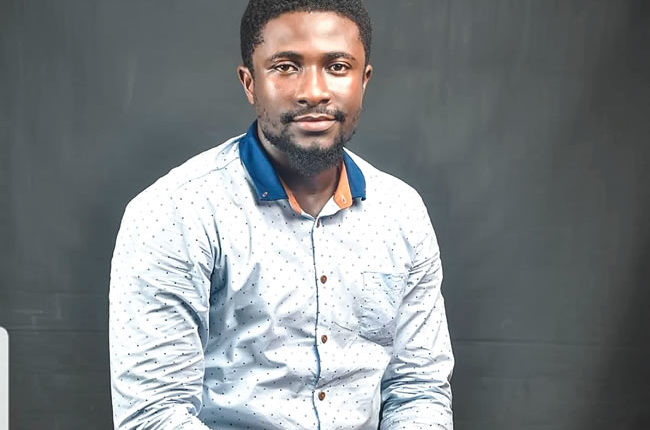 Opeyemi Dada, an actor and director, in this interview, discusses the challenges, difficulties, among other issues facing upcoming actors and directors in the movie industry as the industry had been occupied by the good and ugly. ADEOLA OTEMADE brings excerpts.

Nollywood as an industry seems not to have been able to step up their game in terms of subtitling. Most homemade movies are badly subtitled, despite the fact that displeasure has been expressed in this regard. What would you say is responsible for errors in subtitling?

Basically, I feel there are various reasons why subtitling can be faulty especially in Nollywood. One of the major factors is that first they probably do not have a script they are following, secondly, the major challenge we have are the editors. Sometimes, the editors might not even have the patience as subtitling can be a bit strenuous. People do not have the patience to do that because subtitling has to do with you imputing the scripted lines and you have to find a way to synchronise the timing so that you don’t input a text of what someone else said. It probably takes a while, and it’s not something you can’t do in a day or two, but people do not have the patience for it.

Many of our editors do not have formal education, and they learn on the job. Most people learn on the job, then some of us took it further to learn either within the four walls of an institution, online platform and through other means. But if you have learnt the mundane way, it’s definitely going to speak on what you put out there.  Some editors do not care, it’s not English that they need to cut your film, they just want to cut the film and put picture and words together and just put it out like that. They do not know what is right and what is wrong, they do not have the basic knowledge of the use of the language. They do not have that habit in Nigeria where a director has to sit with a film to the last cut. Only a few monitor their film to the end. Some directors take up to five jobs at a time, so they hardly have time to see a movie before moving on to another.

Is it correct to say the inability of a director to see a movie through affects what they put out there in terms of content?

I wouldn’t say Nollywood movies lack content as there are lots of factors responsible for film making in Nigeria. Storytelling is one thing we need to pay attention to. We need to focus more on the story we tell through our movies. Are they content-worthy, or is it just because we want to put something out there, do we think outside the box? Do we go that extra mile to make our story worth adopting as a movie? Secondly, everybody is a director on set, which alone is a problem on its own. I am still a student of directing, I am still learning and I have people that give me feedback on my works. I would rather say that the industry is still growing to that perfect film market enterprise that we all desire. Nigeria is the third-largest film making country in the world. The truth is the state of the economy in the country is not so friendly for you to probably do a film and relax for the rest of the year, it’s not that friendly, and there are a lot of things that go into it. People don’t get to make one film and go and sit down, save for top people in the industry that have side businesses, but for those who are into film making as their major source of livelihood, they would want to make quite a number of movies, knowing that it would amount to certain figures in their account. The industry needs to pay attention to each of the offices.

What motivated you into acting?

Basically, I am a student of theatre. I have been in the theatre industry since 2008 and 2009 up till now, I have been into entertainment, showbiz for a long time, and the way it is in Nigeria, you don’t have enough avenues to allow theatre to thrive and stand on its own and be very dependable. Basically, you have to think about moving forward. So for me, theatre is still not moving as it should.

Why did you say theatre is not thriving in Nigeria?

Theatre should be a core thing that people can actually depend on. How many sights of scenes do we have? How many theatres do we have for people to say there is a show running here constantly, for people to see? Who is funding it? Let us assume people don’t have enough money. Can people pay 10,000 Naira, 5,000 Naira for a live show for shows worth million? So basically you can’t put an artist for a show that wants to run for 25 days for 50 shows, which means they are running for like a month. Most of us are into acting because of the passion we have for it. We did not train for the business of it, we trained because we loved doing what we do, so we always want to do; but you discover that your friends in other sectors are moving, and it’s not like you are not working. You are working, they see your shows back to back but there is nothing to show for it because you collect stipends. So, the film is another avenue that is selling because of the time that we are now. So, for someone like me, it’s a decision for me, I love theatre, and I love entertainment. I have done theatre for so long, and I think it’s time to move into movies.

How would say you have developed over the years as a professional at what you do?

I would say that if you are able to practice a particular trade for more than five years, I think you are qualified to be called a professional in that particular trade or craft, and I have done more than five years. But one important thing is, I majored in acting back in school, then majored in directing later on. The way theatre is, for instance, we have a workshop, we have people that come in to train. I have so many people I have worked with, British Council, senior colleagues in the business that have gone far and wide, that have probably travelled for seminars and workshops. They bring back the knowledge they have garnered and they train people in one way or the other. The truth is, what so ever you do, strive to be better than you were, learning never stops, you need to improve and being better at what you do. The theatre is like a house, so when people come back with their knowledge we find a way to tap from it, that’s why it’s more like an apprenticeship. So, for me, learning from school to the street, to formal gatherings, learning from senior colleagues had shaped me into the kind of artist I am today.

What are the challenges you are facing as an actor/director striving to be known in the entertainment world?

Basically, as a director I have done probably a few jobs and that’s because I am just coming up, nobody would want to trust you with their films, and you must have been in the circle, the environment long enough to be seen and be recognised as a director before you can be given stuffs to do. People that are directing for over 40 years, 30 years, that have made their mark are still there. So to probably break that circle, they have to trust you and don’t spoil the relationship, try to hold it together and probably try not to think about money. At the same time, your services should be paid for, don’t be greedy, because you are using someone’s platform to be known. So, these are just the basic things that evolve around upcoming directors. As an actor, I think I have done more stage plays than movies, I have not gone for a lots of auditions for screen acting in Lagos, but still, I have few people in top places that reach out to me whenever they need me.

I have been into coaching upcoming actors, crew, directors and assistant directors. So, for me, I think the challenges upcoming actors face boils down to the fact there are lots of actors in Lagos, both the good, bad and the ugly.

Idriss Deby and the sins of African politics

I dream to be in Hollywood, win Oscar —Nollywood Actress, Damipe Adekoya