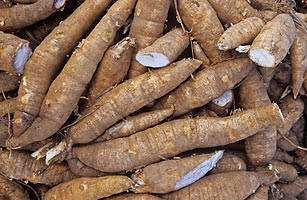 Former Director-General of the Federal Institute of Industrial Research (FIIRO) and a professor of Biochemistry, Gloria Elemo, has called for the inclusion of High Quality Cassava Flour (HQCF) in bread making.

She made the call, while delivering the 19th inaugural lecture of Ajayi Crowther University, Oyo, with the title: ‘Let There Be Bread: The Struggle in Achieving Food and Nutrition Security in Nigeria.’

According to Elemo, there should be the implementation of the bill for the inclusion of 10 to 20 per cent cassava flour in bread.

“We need to continue to push policy issues in the country until they become fully implemented.

“Cassava can serve as a good tool for import substitution. High-Quality Cassava Flour (HCQF) has been found suitable for partial substitution of wheat flour in bread making, as bread is one of the major staples in the country produced solely from imported wheat,” Elemo said.

The don while noting that Nigeria is the largest producer of cassava in the world, said that the inclusion of Cassava/Sorghum in bread will not only reduce the cost of bread but would also save the country’s foreign earnings.

“There was the assumption that this inclusion would make bread more expensive. However, economic evaluation reports show that this is not the case. A 15 per cent reduction in cost is realized at a 20 per cent level of cassava inclusion and a 7 per cent reduction realised at 10 per cent cassava inclusion. This evaluation is based on a price of N75,000 for high-quality cassava flour as against the price of N140,000 for wheat flour,” she added.

Elemo, who emphasized on the need for advocacy for the inclusion of HQCF in bread making, disclosed that the step if taken would alleviate poverty and as well create gainful employment for the unemployed youths and masses, which she said would reduce national insecurity.

The expert in Research and Development also revealed that several studies and investigations have been done on how to ensure food security in the country, as well as how to eradicate malnutrition through the development of complementary foods.

“We formulated the fibre-enriched cakes and biscuits using natural fibres of fruits such as banana, pineapple, pawpaw and watermelon in the biscuit formulation to address non- communicable diseases, such as cardiovascular diseases, diabetes, and cancer, with a particular focus on diabetes,” she said.