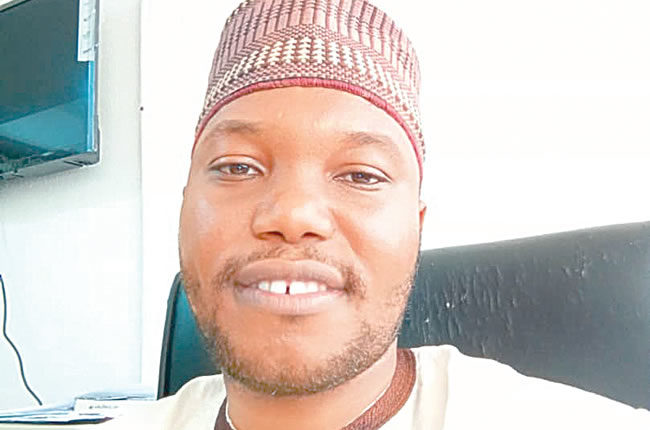 Dr Usman Ayegba, a Political Science lecturer at the Obafemi Awolowo University Ile Ife, speaks to DARE ADEKANMBI on the specifics of the amendments lawmakers need to make to the Electoral Act and the 1999 Constitution.

A lot of criticisms have usually attended the conduct of elections in Nigeria with some blaming lapses in the Electoral Act which they say should be remedied to have sanitised electoral environment. In what specific areas would you say the Act needs to be reviewed?

First, let me digress a little to say that, the beauty of competitive electoral democracy is that it is governed by rules of engagement. Nevertheless, sometimes, on account of the dynamism of the entire process, it is either these rules are circumvented or they avail themselves for periodic review, amendment and alteration to cope with emerging challenges that were hitherto not taken into cognizance. It is because of this understanding that Nigerians are earnestly yearning for the review and amendment to the Electoral Act of 2010 (as altered in 2015). While some of the current inadequacies of the Electoral Act are not oblivious to Nigerians, some are quite new and unanticipated.

Having said that, to correct the observable lapses or lacuna, it behoves on the supposed ‘gods and ancestors’ (‘the people’) of the Nigerian democracy to make demands for review of some of the clauses that have either outlived their usefulness or become fertile grounds for mischief makers to mess things up and make mockery of it. Now, the ‘gods and ancestors’ having placed those demands before the ‘chief priest’ in the ‘shrine of democracy’ that is, the National Assembly, their wishes and demands have been deliberated on, then conveyed to the ‘king’ (i.e. the President), for action. Unfortunately, for the same reasons the people were complaining and making demands for atonement, the ‘king’ at whose table the buck stops, refused to order that appeasing sacrifices be undertaken. This action of a king left both the ancestors/gods and their messenger, the Chief Priest, wondering.

Conjecturally, while Nigerians are not unaware of high wire political undercurrents that might have necessitated Mr. President’s decline of assent to the amended Electoral Act by Dr Bukola Saraki-led National Assembly in 2018, many of us are befuddled why Mr. President has not shown enthusiastic passion for reformed Electoral Act now that the ‘irritant rebels’ are no more in charge. It is only simple logic that you do not plant maize and expect pepper to germinate.

Back to your question, for me, we need to do a thorough review of the Electoral Act holistically. And not just only the Electoral Act but the Constitution itself because some of these issues go beyond what Electoral Act can solve. Take for instance, the issue of age criterion, academic qualification, indigeneship and citizenship, party-sponsored and independent candidacy etc. are issues that require constitutional appropriation. However, let me point out few grey areas that requires urgent attention. One, on the issue of eligibility for the office of governor and deputy governor, president and vice-president, including senate and house of representative, there is need to lower the age requirement and raise the bar in terms of academic qualification. Why do I say that? If you passed into law ‘Not Too Young to Rule’ but peg age qualification to run for these offices to what they are, then it shows that that law itself is just a symbolism. Second, no doubt, the idea that parties have to be national in outlook on its face value may be marketable given our history of regional party politics in the first republic but the world is changing, we may even need to make political parties go further beyond being regional in outlook and makeup to community-based. India is getting it right in that regard. If I know that as a party, I remain electorally strong in my very small cocoon of a town but make impact, isn’t better than this competition for the largest party in Africa between the PDP and APC as if there is a laurel to be won for that other than the usual brigandage and braggadocio.  Thirdly, if we could perfect the more important financial transaction by going cashless, why cannot we go ‘voteless’ with our elections where you seat in the comfort of your room and vote with your mobile phone, laptop, or any of these gadgets? This will address the nagging issues of electoral violence, ballot box snatching and ta-ta-ta-ta-ta that have become intractable and incurable sickness to our electoral process over the years. Fourthly, given the power and resources available to incumbent, I hold this serious view that our electoral law should be reformed in such a way that whoever is declared winner trash out all cases pertaining to his or her victory up to the last court of resort before being sworn in. This will give us some modicum of integrity in our elections. Fifthly, issues bordering on voter’s register and voter’s registration, parties’ primaries and congresses including substituting of candidates, inconclusive elections, court judgments altering INEC plan and election itself, funding limit for electioneering, carpet crossing, grounds of petition and nomination of candidates etc.

Do we need a wholesale review or just a significant amendment of many sections in the law?

In view of the gargantuan challenges that most aspect of the Act pose, I suggest we do it comprehensive but if that will be too herculean a task to accomplish in one fell swoop, let us start with the most compelling ones first. Slow and steady wins the race.

Why do you think the amended Act was rejected by the president in the build up to the last election?

Apparently, even the blind could see the salvos of missiles been fired from all sides of the cylinder between the camp of the then Senate President in NASS and the presidency. The refusal of the President to sign can be said to be a fall out of that frosty relationship with the leadership of the two houses of the National Assembly at that time.  Secondly, like Nicos Poulantzas of the structuralist perspective of mainstream Marxism once said, by the nature of state structure, it is designed in such a way that those behind the levers of power do not see anything wrong with the system insofar as it continue to serve the interest of the individual, group or class behind it. The music only changes when power changes hand.  Mind you, when the president refused the signing, the politics of 2019 elections was in full swing and average politicians will tell you that signing that Act would have sounded the death kneel of the administration and the party in power. And no one signs its own death warrant.

How soon do you think NASS and INEC can work together to get a brand new Act in place, given that the opportunity to test-run the new law in off-cycle elections in Edo and Ondo state has been missed?

Our politicians are just having their fill yet. The moment the current order outlives its usefulness to them, you will know that if our political elites want to complete the abandoned tower of Babel, they definitely will. It seems impossible now because they have no need for it yet.

Why we are having problems in PDP —Oluwole Oke

Worst time to be a Nigerian