Asks states to provide isolation facilities for at least 300 people 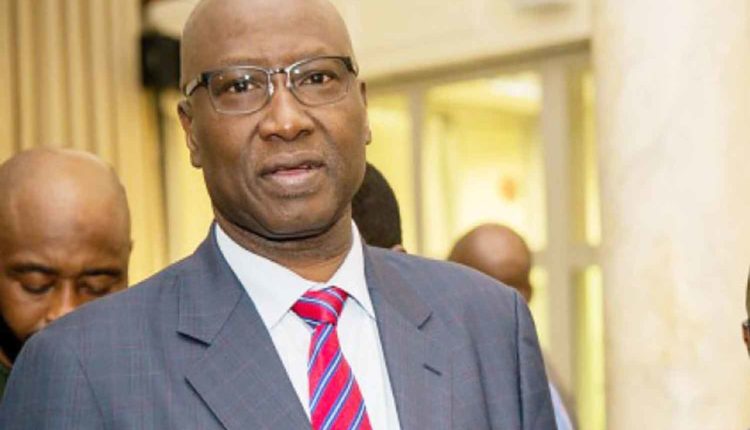 The Presidential Task Force on COVID-19 has warned that the number of confirmed cases of coronavirus in the country will rise with the tracing of 71 per cent contacts exposed to to the virus.

Minister of Health, Dr. Osagie Ehanire, made this assertion at the daily briefing of the task force in Abuja on Thursday, where he also gave an update on the latest figures recorded in the country.

He said as of April 2, Nigeria has recorded 174 confirmed COVID-19 cases. Of this, 91 are in Lagos, 35 in FCT, 14 in Osun, eight in Oyo, five in Akwa Ibom, four each in Ogun, Edo and Kaduna, three in Bauchi, two each in Enugu and Ekiti, and one each in Rivers and Benue States.

Ehanire said those discharged from hospital care are still nine, adding: “But others are pending once final tests are done. Two fatalities are on record, these being cases with other serious pre-existing illnesses.”

The minister explained that as contact tracing and testing capacity are being ramped up, more and more cases would be found and the number of new confirmed COVID-19 cases is expected to rise initially.

He added: “We also worry about persons, especially Nigerians, returning to the country through land borders, who run a higher risk of infection while in a confined space for a long time, like transit in a crowded bus or car.

“Therefore, it is advisable that all travellers postpone non-essential travels, whether national, or international. In this regard, Nigerians are also advised to remain where they are resident and so stay safe, except if returning home from a journey.

“With the expanded national case definition and addition of two laboratories to the NCDC network of COVID-19 molecular laboratories, the national testing capacity has increased.

“Moreover, the lockdown in high burden states presents the advantage of reduced population mobility and leaves more people at home to be found during contact tracing.

“With 71 per cent of the over presumed 6,000 or more contacts now traced, the number of confirmed cases will be rising dramatically. Contact tracing will still be intensified to reduce the number of outstanding cases.”

He further said: “We have also expanded bedding and intensive care space in Abuja, Gwagwalada and have urged all states to do the same in their states, starting with tertiary hospitals.

“All facilities including private facilities where isolation and treatment of coronavirus are to be conducted, will be inspected before accreditation by a team of experts. The Office of the National Security Adviser shall be represented due to national security implications.”

The PTF has also advised all state governments to prepare facilities for at least 300 persons capacity in their respective areas in anticipation of a surge in the spread of the disease.

The PTF Chairman and Secretary to Government of the Federation (SGF), Mr. Boss Mustapha, stated this in his remark at the briefing.

He said the Federal Government would intensify consultations with states to better coordinate the fight against the pandemic.

He added: “As we continue to assess the readiness of containment and management, we recognise strongly the importance of synergy with the states. It is important for states, whether in the frontline where cases have been reported or where cases have not been reported, to intensify the preparation of facilities that will help in the event of a surge

“Training of personnel in the management of these facilities is also a critical factor to the success of our strategy. The Presidential Task Force shall intensify consultations with the governors and other state agencies to achieve the much needed collaboration.”

The task force also raised alarm that fake news has started to impede the effort to contain the pandemic in the country.

The Minister of Information and Culture, Lai Mohammed, who stated this at the briefing said: “Fake news is distracting the fight against COVID-19 and I think this is quite unhelpful. It was trending on the social media that the equipment that we received from China, from Jack Ma, have all been infected with virus. This is not true.

“Also, I was quoted yesterday to have said that the PTF had distributed N5 billion to the most vulnerable people in the last 24 hours. That also is not correct.

“The whole idea of this daily briefing is to eliminate any disinformation or fake news because here we give you the latest developments in the fight against COVID-19 and it’s absolutely…to go elsewhere to source for any other information. Whatever any other person in the task force does, either by appearing in television, radio shows or granting interviews is simply to amplify what we’ve given you here. So, by being here, you’ll get authentic information, real time, on the fight against COVID-19.”