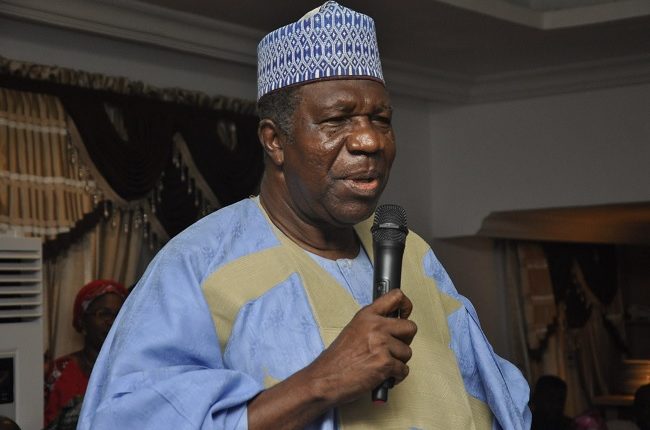 Share
The Northern Elders and Leaders Forum (NELF) has said the failure by its elites to complement the effort of the military with diplomacy is responsible for the recent killings experienced in the region.
The Northern elders made this known in a statement, signed by Third Republic Senate President, Senator Ameh Ebute, on Friday, on President Muhammadu Buhari’s effort on national security, cohesion and stability.
According to the elder statesmen, there’s been a significant turnaround in the Boko Haram/ISWAP crisis since President Buhari took over the helm of affairs.
The president, NELF said, has expressly followed the founding vision of Sir Ahmadu Bello on a secured and united Northern Nigeria.
However, the group added that critical stakeholders including traditional institutions, religious leaders, patriots, civil society organizations and the youths have failed on their part.

While shouldering the blame for not supporting the military enough, the group charged other stakeholders to put away sentiments and rancour occasioned by politics and personal interest.
According to NELF, this is a ” wake- up call to all interests in the region to put humanity and the collective interest of our region first.”
The group, however, expressed its total support for President Buhari while distancing itself from “some dubious elements that have no sense of history or love for the North to malign President Muhammadu Buhari on the issues of insecurity.
“We wish to state that those that are genuine in their concerns about issues in Northern Nigeria would identify with President Muhammadu Buhari in his quest to make Nigeria safe and secured for all. And those whose voices are only heard on the pages of newspapers without any meaningful contributions to the growth and development of Northern Nigeria to their names are always the first to throw stones.
“Nigerians must do well to ignore these individuals and associations in the interest of peace and tranquillity. And it behoves on all well-meaning Nigerian to support President Muhammadu Buhari in this critical time of our existence,” the elders noted.
NIGERIAN TRIBUNE