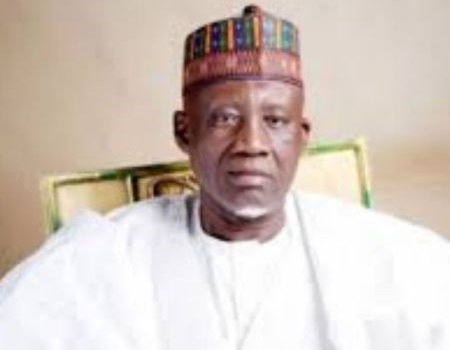 The Federal Government of Nigeria has restated its commitment to improving the security situation in the country.

The Minister of Police Affairs, Alhaji Muhammadu Maigari Dingyadi stated this on Thursday in Sokoto, when the State, Zonal and Local Governments Executives of the All Progressives Congress ( APC), paid him a Congratulatory Visit.

In his statement, “President Muhammadu Buhari would fulfill his key campaign promises of tackling the myriad of security challenges, improving the economy, as well as sustaining the ongoing anti-corruption fight” .

He, however, underscored the need for all stakeholders to support the Federal Government, to ensure the success of all its programmes and policies.

Dingyadi stressed that all Nigerians were equal stakeholders in collectively moving the nation to the next level.

He lauded President Muhammadu  Buhari,  the APC leader in the State, Senator Aliyu Magatakarda Wamakko, as well as the party, for reposting tremendous confidence in him and pledged to live above board in the discharge of his responsibility.

The Minister further expressed optimism that, the party will soon take over the helms of affairs of Sokoto state, with a view to reversing the current obnoxious trend of underdevelopment and neglect.

Speaking earlier, the State Chairman APC, Alhaji Isa Sadiq Achida, said the visit was to humbly and happily felicitate with the Minister on his well-deserved appointment.

Achida described the minister as a worthy and able Representative of the state and the Party at the Federal Executive Council.

He also described the Minister as a loyal and committed member of the party, while he expressed confidence that, he will be diligent in the discharge of his duties.

The APC Chairman further noted that the party in the State was united and intact while averring that,  it is enjoying the sustained adequate moral and financial support of its unrelenting and dogged leader, Senator Aliyu Magatakarda Wamakko.