Entertainment
By Tunde Ayanda On Mar 9, 2019 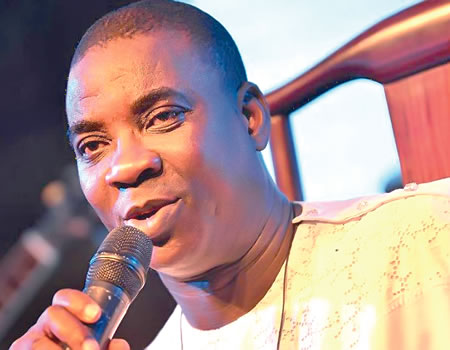 Fuji czar, Alhaji Wasiu Ayinde, has earned himself a reputation and a new nickname. The musician, who is blessed with a very unique voice, is being called ‘JP’ by his fans and admirers.

The Justice of Peace title was given to K1 for the role he plays in settling disputes and misunderstandings in the social circle.

K1 as he is fondly called clocked 62 a few days ago, the birthday as expected was widely celebrated.

Lekan Shonde to die by hanging for murdering his wife

The day started with prayers and a visit to the celebrant by the ex-Governor of Osun State, Ogbeni Rauf Aregbesola and later, a party at the Raddison Blu Hotel, Ikeja, where the musician made another history by settling the rift between two popular Europe-based bloggers, Esther Aboderin and Abike Jagaban.

The two women were guests at the birthday party which became a ground of reconciliation officiated by the celebrant.

Men only interested in my dad’s wealth not love —Cuppy