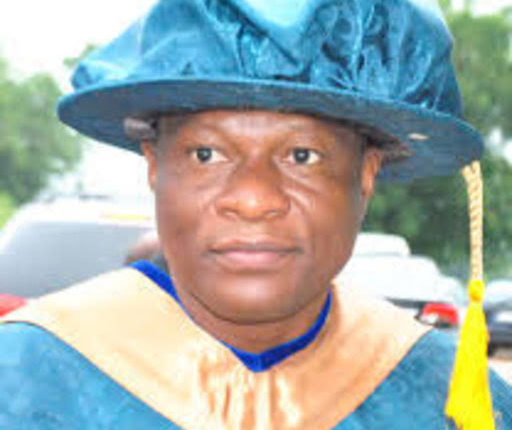 The Vice-Chancellor of the University of Abuja (UNIABUJA), Prof Abdul-Rasheed Na’Allah has called on Universities in Nigeria to rise up to the occasion of providing solutions to the intractable security challenges and hunger in the country.

He made the call on Tuesday in Abuja at the formal launch of the University’s Centre For Security and Legal Studies and Symposium with the theme: “Kinetic and Non-Kinetic Approach to the Fight against Insecurity in Nigeria”.

The symposium attracted security experts and representatives of Service Chiefs, of both military and paramilitary agencies who brainstormed on ending the security challenges in the country.

Na’Allah acknowledged the hard work and patriotism of the military officers at the war front but insisted that modern wars were no longer won with barrels, but now require inputs of the academia to proffer solutions through research.

He challenged both military and universities to critically explore the potentials of research to help Nigeria survive what he described as “unprecedented threats and the crisis of insecurity,” through the use of digital technology and intelligence.

Making reference to the United States of America he maintained that with the level of synchronization, data gathering and sharing between all security apparatus after the twin bombing of the world trade centre, it was almost impossible for such a coordinated attack to happen on U.S soil again

He said: “We have a lot of lessons to learn, we have a lot of work to do. We must sit down in our laboratories to think through the current challenges we have in our nation how to figure out how Nigerians can go about their businesses without fear. We can’t mobilise intelligence to know what is going to happen in the next hour, it is a total failure.

“How can we have a nation where today is bombing, tomorrow it is a crisis, in front of our military is bombing, innocent people going about their businesses are kidnapped, ransom paid, its a total disgrace to us as a nation, to our political leaders and the university. We have not been able to work together to communicate a solution that will assist this nation to enjoy the peace that it deserves.

“The birth of this Centre is a challenge this university is throwing to all our military institutions and civilian institutions that we must come together to get through this war of the 21st century which cannot be understood like the wars of yesterday. We must begin to look at our environment, our culture, daily habits and religion because they are so important what we should do.

“The centre is focused on bringing in research to address the issues of security and the strategies to deploy. There are so many questions to be asked before we can win this war and so we need to sit together and proffer a solution. We can’t survive this insecurity without bringing everyone on board.

“Any nation that surmounts its problem is because of the university and it is time Nigeria realises that so we need to set aside enough funds for research. Universities are ready and we must work together.”

Governor of Kogi State, Yahaya Bello who maintained that the emerging trend of insecurity in the country shows there was a need to deploy both kinetic and non-kinetic approaches in achieving the desired results in overcoming security challenges, said technical intelligence must be deployed to help Nigeria end insurgency quickly.

“My approach to insecurity in Nigeria is different; first people must be carried along in all strategies, the leader’s body language must clearly reflect a fighting spirit to assist the military to succeed in their fight, identify the geography, topography and understand the people.”

Represented by his Security Adviser on Security Matters, Navy Commander Jerry Omodara, (Rtd), he advised the Federal and state governments to critically analyse the recent attacks on correctional facilities which led to the breakout of inmates, warning that more attacks were likely to happen soon if nothing was done.

“The nation must watch the trend of criminal activities especially the attack and release of inmates at correctional centres. The patterns were all the same; what has our security and government learnt? Another attack will come up in another state if we do not watch our backs.”

Director of the Centre, Dr Arinze Abuah, disclosed that the available programmes including Human Rights and Social Justice, Security Studies, Criminology and Security Studies and Legal Studies, were carefully designed to cover significant fields of legal and security concerns critical for working-class professionals aspiring to further their understanding on the law.