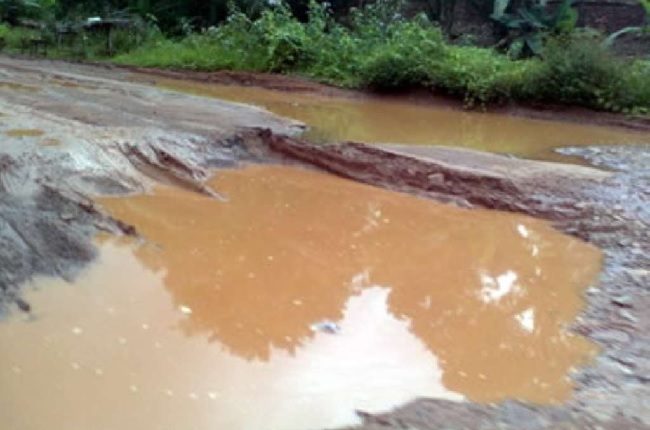 The Federal Government, on Tuesday, assured members of the House of Representatives of its resolve to ensure adequate funding of major federal roads including Gombe-Biu in Borno State and other economically viable roads across the country.

The Permanent Secretary, Federal Ministry of Works and Housing, Engineer Hassan Musa, gave the assurance in Abuja while addressing Chairman, House Committee on Appropriations, Hon Mauktar Betara, who was accompanied by Hon. Ahmadu Usman Jaha and Hon Kabir Tukura while on a working visit to the Ministry’s headquarters.

While assuring that the Ministry has secured new funding for the Gombe-Biu federal road, he assured the National Assembly’s delegation that the Gombe-Biu road will be approved by Federal Executive Council (FEC) alongside other selected federal roads across the country.

“On behalf of President Muhammadu Buhari administration and on behalf of the honourable Minister, Babatunde Raji Fashola, I want to confirm that we are creating new funding for that road and the contractor will be given all necessary enablement for him to be able to deliver on that road.

“We have seen the dilapidated condition of that road and also the difficulties the people around the area of this area are facing due to the condition of the road.

“But obviously we are waiting for the rains to abate and hopefully as the rains are abating now we intend to engage all our contractors and make them to go to the site to work assiduously, more so that we now have a sustainable funding window which would give them the opportunity to be paid immediately there works are certified,” Engineer Musa stressed.

While applauding the lawmakers for the working visit to the Ministry, he maintained that the engagement provides ample opportunity to interact with “Institution of the National Assembly to report back on what we have doing and also keep you abreast of the monies that are being appropriated, what we are doing with it,” he noted.

While reiterating the need for continuous engagement with the National Assembly, he assured that the Ministry will deliver on its mandates.

In his remarks, Chairman, House Committee on Appropriations, Hon Muktar Betara, who led the delegation to the Federal Ministry of Works and Housing headquarters underscored the need to provide alternative funding of Gombe-Biu federal road in Borno State.

Hon Betara who expressed grave concerns over the state of Gombe-Biu federal road despite the appropriation of budgetary allocation to the project on yearly basis, however, noted that the funds were insufficient.

“At any time we had a discussion with him, his own problem is funding, funding, funding because the funding issues for that kind of work cannot come through the budget, though I’m the Chairman of Appropriations Committee I have limits to how much I can put on a road in my Constituency.

“So I decided to come and see the Permanent Secretary and the honourable Minister to plead and I’m happy today, he has informed me that there is a window for funding of Gombe-Biu road project on the ground.

“So they are going to have meetings with the contractors by next week after the approval by the Federal Executive Council,” Hon Betara noted.