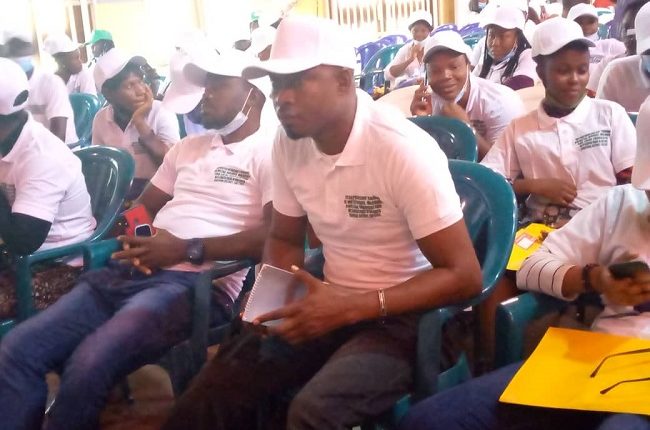 No fewer than 222 youths and women selected from Edo South Senatorial District, were on Monday trained in various trades and supported with starter packs to commence their small scale businesses.

The training, which was facilitated by Senator Matthew Urhoghide, the senator representing Edo South Senatorial District at the National Assembly, and sponsored by the Federal Ministry of Works and Housing and the Cross River Basin Development Authority, was part of the lawmaker’s effort to improve the livelihoods of unemployed individuals.

Legislative aide to Urhoghide, Pet Eghobamien, who represented the lawmaker at the event, told journalists that over 7,000 persons across the seven local government areas that make up the senatorial district in the state had so far been trained in different skills and empowered.

He assured that more of the lawmaker’s kind gesture to assist residents to be self-employed would come before the end of 2021 and would continue the following year.

‎”The programme is facilitated by Matthew Urhoghide. He promised all of these things during electioneering that he will improve lives and livelihoods of Edo people.

“There are different classes of participants; for the metal works, we have 200, for barbing, hair making and fashion, we have 22 persons. Those that will be trained on metal works and local fabrication will go home with N50,000. We are not giving the other ones money but we have given them full complement of what they need to start their business”, Urhoghide said.

‎Also speaking, the Chief Resident Officer, Human Resources, Federal Ministry of Works and Housing, Ogbomo Tona, who represented the Edo State Controller of the ministry, congratulated the trainees, pointing out that capacity development is key to nation’s building.

On his part, the Deputy Director of Administration, Cross River Basin Development Authority, Milkong Kashire, who represented the Managing Director of the agency, lauded the project, noting that it was in line with the present administration’s effort in creating a multiplier effect in the economy through empowerment of people for small scale enterprises.