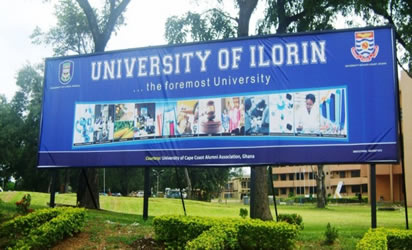 Teaching, learning and research at the University of Ilorin is set to receive further boost as the institution has taken delivery of multi-million naira Science, Engineering and Technology equipment courtesy of the Federal Government.

While taking delivery of the Mechatronics equipment recently, the vice chancellor, Professor Sulyman Age Abdulkareem, who was represented by the deputy vice chancellor (Management Services), Professor Bolaji Fatai Sule, expressed the gratitude of the management of the institution to all the concerned stakeholders for finding the UNILORIN worthy of benefiting from the supply.

The equipment, which is part of a TETFUND intervention project in Special Science, Engineering and Technology (SET), were supplied in two installments and are expected to boost teaching and learning in the faculties of Engineering and the Sciences.

The installation of the equipment, numbering about 55, will be undertaken by Skill-G Nigeria Limited very soon to ensure that the facilities are put to use without further delay.

Dr. Jacob Aweda of the Department of Mechanical Engineering told UNILORIN Bulletin that the facilities would be useful in the fields of Autotronics, Electrical Electronic Communications, Mechatronics as well as Refrigeration and Air-conditioning.

Aweda added that several departments such as Physics, Telecommunication Science and Computer Science, Agricultural Engineering and Educational Technology would benefit from the equipment as students will be exposed to the latest information in their respective fields of study.

He thanked the National Universities Commission, the Tertiary Education Trust Fund and the Skill-G Nigeria Limited for the various roles they played in ensuring that the Federal Government of Nigeria considered the University of Ilorin among the nation’s universities that benefitted from the supply of the much-required equipment.

He assured the management of the university that everyone involved would not only be properly trained on how best to utilise the equipment but empowered in such a way that the facilities would stand the test of time.

Why we rejected Zoom meeting with FG —ASUU president