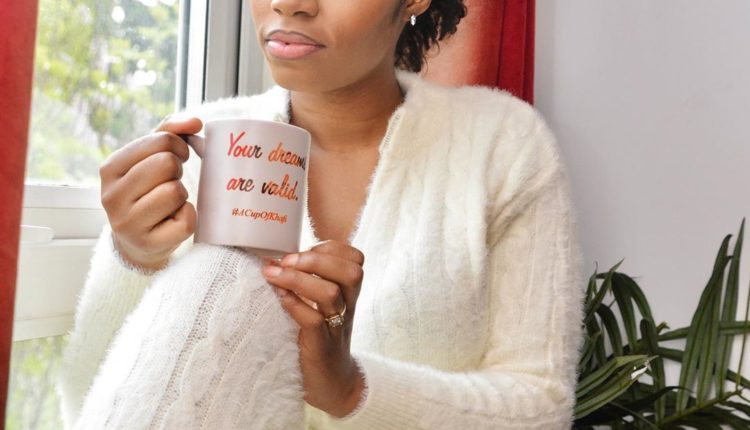 A former housemate of reality show, Big Brother Naija, Khafi Kareem, on Monday, May 11, spoke on how she rejected the sum of N8 million for promotion of bleaching creams from a company producing them.

Khafi, who had a brush with her employer, the British Metropolitan Police, for taking part in the reality show and who was eventually pardoned, disclosed how she rejected the offer in her instagram page, saying she rejected the offer from the unnamed company because bleaching was against her personal principles.

She said: “I have always tried to monetise myself in a way that is truly in line with my values. I have had to reject certain things.

“So, a certain company contacted me and this is actually, till today, the biggest offer I have received.

“It was about N8 million and it wasn’t that much that I would have to do, but it was for a skin bleaching brand.

“I was in the dilemma of taking the money but not having to do much and this is not something I believed in,” Khafi said.

She noted that although rejecting the offer was hard, it was necessary because of the value she was intent on building for the future.

“I could have just taken the money and not care about the repercussions. There are certain things that I would not be able to do in the future if I take certain deals that were not in relation to my brand.

“I had to turn down N8 million so that, by God’s grace, I would make more in the future by being a person of my word,” she added.

Earlier, Khafi had reflected on her time in the Big Brother Naija house which she described as a self-development phase for her life.

During her stint in the Big Brother house, Khafi was Head of House, won N1 million and part of Team Lagos and a car during tasks in the house.

Reminiscing on her journey in the BBNaija house, she said, “one of the mistakes I made was forgetting that it was a game.

“When I got into the place, I was like, let us all be friends and all but I didn’t know that everyone was sizing me up as the competition. It was a pressure cooker.

“Your buttons were being pushed. When I feel that the game changed was when I won the car.

“Before that happened, everyone was like ‘Khafi is really nice’ but the minute I won the car, it was then the game changed,” she said.

She went on to advice BBNaija hopefuls to be themselves, make ‘Biggie’ their best friend and look forward to the tasks.