Twice as Tall: How the world woke up to Burna’s album 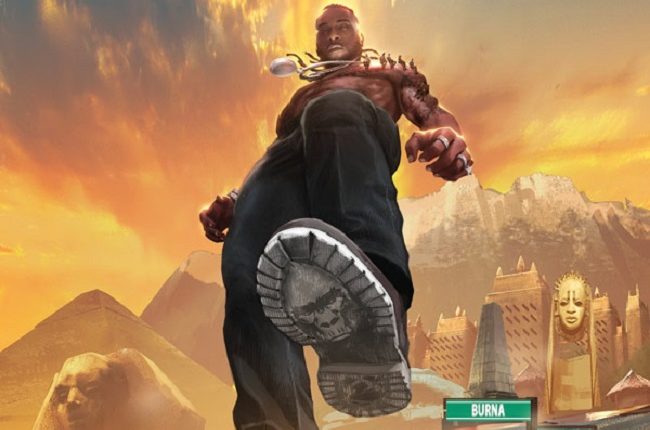 In the middle of a pandemic, Burna Boy has defied the odds again to drop an album which has not only been applauded but also set records within the space of hours after its release.

The world, on Friday, woke up to Damini Ogulu’s fifth studio album, ‘Twice as Tall’ and early signs are suggesting that the African giant might indeed surpass his previous Grammy-nominated album. R gathered that the album amassed over twenty million views in the space of twelve hours while it made a number one debut on United Kingdom’s Apple Music Albums Chart – the first Nigerian music project to have such a high head start.

Critics have lauded the two-time BET award winner for the Afro-fusion on the album as well as driving conversations which border on racism and African recognition. The voices of popular Ghanaian writer, Ama Ata Aidoo and the artiste’s mother, Bose Ogulu are heard on the album as they pass comments on the marginalisation of Africans.

While Burna Boy came close to winning a Grammy award as a result of his efforts on ‘African Giant’, enlisting the likes of three-time Grammy award winner, Puff Daniel to oversee the album and featuring renowned singers such as Chris Martin, Coldplay Stormzy and Sauti Sol signal that Burna has only one goal in mind – getting over the Grammy finish line.

With another edition of the awards not set to hold until next year, the following months are set to do justice to the ambition of the singer who seems to continue to raise the bar for Afrobeat on the international stage.

STATE OF ECONOMY: How Nigeria Is Eating Its Future, Spent Over 90% Of Revenue On Debt Servicing
INDICATION that Nigeria’s economy is still in the throes of death has continued to emerge with the current low revenue it is generating from oil sale and increasing demands on its foreign debt obligation especially. The parlous state of the economy is heightened by the revelation that most of the revenue…Twice as Tall

FACT CHECK: Somalia President, Deputy DID NOT Fight In Viral VIDEO
CLAIM: Somalia President, Mohamed Abdullahi Farmaajo and his vice exchanged blows to the point of wrestling themselves to the ground.
VERDICT: MISLEADING
FULL STORY: Nigerian media space was abuzz on Saturday, August 15, 2020, with a viral video which claims to show President of Somalia, Mohamed Abdullahi Farmaajo publicly exchanged blows with his vice…Twice as Tall

NBS Says 21.76m Nigerians Unemployed In 2020
THE National Bureau of Statistics (NBS) has put the total number of unemployed Nigerians at 21,764,617. The figure is contained in the bureau’s Labor Force Statistics website entitled “Unemployment and Underemployment Report (Q2 2020) released in Abuja. It referred to the report as an Abridged Labour Force Survey under COVID-19 for August 2020. According to NBS, the unemployment rate during the period under review…Twice as Tall

Our Fears As 2020 WASSCE Beckons: SS3 Students Speak On Inability To Finish Syllabus, Other Issues
After a long unexpected delay occasioned by the lockdown from the coronavirus pandemic, the 2020 West African Senior School Certificate Examination (WASSCE) will begin in 19,129 accredited centres nationwide on August 17. Some candidates hoping to write the examination spoke with IMOLEAYO OYEDEYI and ADEOLA OTEMADE on their fears and expectations…Twice as Tall

Enny Okosun shines at US Awards

Legends Night: The stories of K1 and Shina Peters