Trafficking: We must stop this crime against humanity ―NAPTIP boss 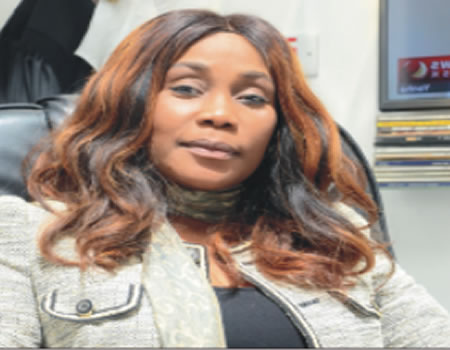 THE newly appointed Director-General of the National Agency for the Prohibition of Trafficking in Persons (NAPTIP), Barrister Julie Okah-Donli on Tuesday assumed duty with a call for a concerted effort to end human trafficking, she said is crime against humanity.

Okah-Donli was among the 23 persons on April 13, 2017 appointed by President Muhammadu Buhari to man various Agencies of the Federal Government.

She was received by the management staff at NAPTIP headquarters, Abuja and took briefs from Directors and Head of Units, a statement by the Agency Head of Information, Mr Josiah Emerole.

Addressing the Management Staff, the Director-General who expressed appreciation to the President for her appointment said that her appointment was a call to national service.

She noted the task of NAPTIP was basically to stop the crime against humanity, stressing that officers must discharge our duties with absolute fear of God.

She warned staff to resist any temptation to compromise the mandate of the Agency as such would not be tolerated by her administration.

“We must resist any temptations to compromise our duties. I will never tolerate any form of indiscipline under my watch that will expose this organisation to public ridicule”, she warned.

Speaking further, she said, “the mandate of this organisation is a sensitive one of international concern to halt the history of man’s inhumanity to man. We need to first consider ourselves as one big family and foster the spirit of oneness to tackle our challenges.

“My appointment is a call to national service, coming at a time the change mantra of President Muhammadu Buhari is making a quiet revolution in the transformation of the country. Let me therefore state unequivocally that we cannot afford to be left behind in writing the history of achievements of this administration.

“Our task here is basically to stop the crime against humanity and we have to discharge our duties with absolute fear of God. We must resist any temptations to compromise our duties.

“I will never tolerate any form of indiscipline under my watch that will expose this organisation to public ridicule. Motivation of workers is one of my cardinal objectives to achieve our set goals. Hard working staff will be rewarded accordingly.”

We need conducive office to rehabilitate victims of Human trafficking in Anambra,…