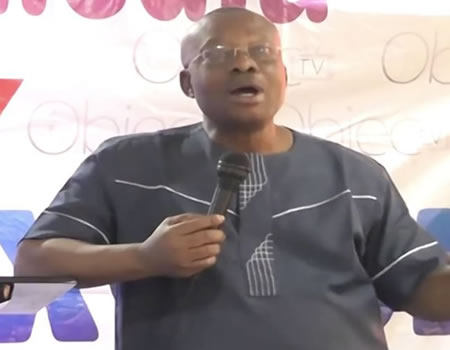 In spite of the introduction of electronic filing system in Lagos courts, some lawyers said on Tuesday that the filing procedure of cases was still cumbersome and slow.

The lawyers noted that instead of speeding up the processes, the procedure had brought “frustrations” in filing cases and getting the cases assigned to the courts.

The JIS was lauded by lawyers and other stakeholders as the first of its kind in the country.

It introduced innovations such as easy management of cases for counsel, who could file cases from the comfort of their law chambers, online payment of necessary fees through a secure web portal and tracking of cases online.

However, the filing procedures at the Registry of the State High Court has not been without its challenges.

A lawyer and social critic, Mr Spurgeon Ataene, told NAN: “As regards filing and the rigours associated with it, it is my observation that what the electronic filing system seeks to obviate it is really exacerbating it.

“There are inadequate computers, very slow network and these do not only delay filing, but frustrate the effort of lawyers to meet their set targets.

“If the government is really serious about achieving a smooth filing system, I recommend that more computer literate personnel should be employed to assist in the registry,” he said.

Ataene suggested that the manual filing system be allowed to operate side by side with the electronic system to assist the filing processes at the registry.

Other challenges identified by him include slow or poor internet access, power outage at the courts as well as slow assignment of filed cases to judges.

Mr Onyekach Ubani, the 2nd National Vice-President, Nigerian Bar Association (NBA), noted that the filing method had not been perfected following the introduction of the e-filing by the State Ministry of Justice.

Ubani said lawyers experience a lot of problems in filing cases at the registry, service of court processes and assignment of cases.

“It sometimes takes up to five to six months before a case will be assigned to a judge for proper trial to start.”

He, however, called for a holistic reform both at the federal and state levels to ensure quick dispensation of justice.

To Mr Yemi Salman, filing processes at the courts was usually hitch-free until the final stages.

“The assignment of cases is a big issue for me, when you file a matter at the State High Court, if it is a commercial matter, it goes straight to Alternative Dispute Resolution (ADR).

“It is not assigned to a court immediately. Your matter can be at the ADR for three months before it gets to the court.

“And during that time there will be a lot of back and forth at the ADR centre.

“The courts also provide a procedure for what is called Case Management Conference (CMC) before trial, so I wonder why the need for ADR!

“If they want to maintain ADR, they should cancel the CMC. Once the parties could not settle during the preliminary stages at the ADR centre, it should go straight to trial and there should be no need for CMC.

“This makes the litigation quite cumbersome as I can be in ADR for three months and the CMC can go on for one or two years.

“I have a matter which I filed in 2007, and it is still at the CMC stage almost 11 years down the line,” Salman also told NAN.

Mr Ademola Adewale, who boasts of about 30 years post-call experience, said the staff employed at the e-filing centre at the high court had no requisite legal training.

“The e-filing platform is the future of litigation, litigation in Nigeria can be quite slow while other sectors like banking are already online.

“There are several challenges with e-filing; the first is that though there is a dedicated batch of young staff employed at the e-filing section of the registry, they are not used to the court system.

“Though I am sure they have undergone computer training, I noticed they still have to rely on other staff who are familiar with the legal issues.

“I prefer that the e-filing staff should be lawyers or individuals who have some basic legal training because they are not familiar with filing of legal documents and the process of litigation,” he said.

According to Adewale, the staff employed for e-filing are fewer compared to that of litigation staff as the state has the highest number of litigation in Nigeria.

He added:“Other staff working in the court registry should be given basic training on e-filing of court processes.

“We should get to the stage where everyone in the court registry has a computer on his table.

“There is a lack of coordination because sometimes you take a document for e-filing and it could be at the registry for days.

“It will be less tedious if everyone in the registry is computer literate.

“I have filed a process where due to the uncoordinated approach of staff, the manual system of filing ended up being faster than the e-filing system.”

An Ikorodu-based lawyer, Mr Ezekiel Ogbaide, said effective computerisation of the filing process of cases in Lagos would bring sanity to the process.

“What is needed is an effective computerised system for the filing process in Lagos and the process will be effective.

“It will enhance data management, communication exchanges between parties and the courts’ officers as well as the general public.’’

According to him, the judiciary in most states are lagging behind in Information Communication Technology (ICT) revolution.

“Effective ICT application in our judiciary will amount to reducing the offices that a lawyer has to approach to file a legal process.

“It will also mean less time spent on filing of a case and most likely save cost to legal practitioners and litigants,” he said.

Reacting to the complaints, Mr Abubakar Mahmoud (SAN), the President of the Nigerian Bar Association (NBA), said no formal report had been received.

“But regarding the technical process of filling itself, we have not received any specific complaint.

“However, we expect our branches in the various states to deal with such matters.

“And if it is beyond their capacity then, of course, the national body is always open to be engaged on that,” Mahmoud said.

Trafficking: We must stop this crime against humanity ―NAPTIP boss