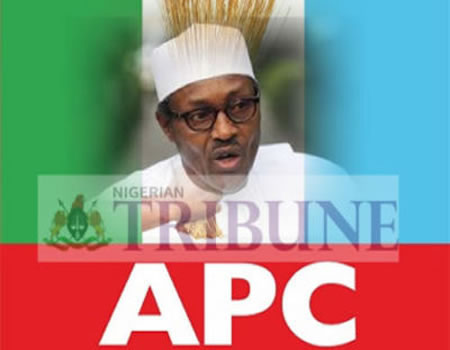 The opposition Political Parties under the umbrella of “Coalition of United Political Parties (CUPP)” on Monday advised the All Progressives Congress, APC, to forget all its evil agenda of turning Nigeria into a one-party state and launch a third term Agenda for President Muhammodu Bihari as these would not materialise in Nigeria.

In a statement made available to newsmen in Abuja by its  Spokesperson, Ikenga Imo Ugochinyere in a statement credited to the All Progressives Congress (APC) that Nigeria under its government was becoming a one-party state, the Coalition urged the Party to forget the wishful thinking and fix the Nation of her multifaceted problems.

The Coalition declares that the attack by the APC on the opposition was part of the party’s failed evil agenda to turn Nigeria to a one-party state and to get the third term for President Muhamadu Buhari which was a dead issue before arrival.

According to the Coalition: “we also note the uncharitable words used by the party’s spokesman, Lanre Issa-Onilu, in describing the CUPP which has remained a thorn in the flesh of the APC government whose sole agenda is to subdue the legislature, judiciary, the media, opposition members and those it feels makes it accountable.

“The party’s outburst against opposition parties did not come to us as a surprise. The APC has shown that it is pained by CUPP’s recent exposure of its plan to alter the seniority tradition of selecting Supreme Court justices who sit on presidential election appeal, hence the outburst.

“The attack by the APC is part of the party’s failed evil agenda to turn Nigeria to a one-party state and to get the third term for President Muhamadu Buhari.

“We want the APC to know that this unwarranted attack will not deter us from continuing to expose all the evil plans of this government.

“We advise the party to forget these evil agenda because they will not materialise in Nigeria.

“Nigerians will not allow enemies of the country to build a Museveni or Paul Biya country here. They should stop their daydreaming.

“We also ask the party, since it claimed it has no opposition, to settle down and fix Nigeria. This is the least Nigerians expect from them. Or are they blaming their supposed lack of opposition as the cause of their woeful performance?

The APC had  in a statement by its National Publicity Secretary, Mallam Lanre Issa-Onilu on  Sunday  officially announced the obituary of the Peoples Democratic Party PDP, lamenting that though a democratic Nigeria needed a vibrant opposition to hold the ruling party accountable, it was unfortunate that the PDP and its “comedy theatre group”, the Coalition of United Political Parties CUPP, have become a joke, irresponsible and rudderless.

Mallam Lanre Issa-Onilu noted that democracy cannot be fully operational in a situation where  Nigeria’s “supposed main opposition” has become a crude joke.