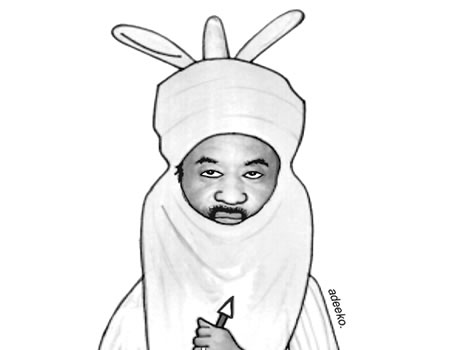 POLITICAL power determines life and death. It controls the past, present and future occurrences. It distinguishes between truth and falsehood, justice and injustice, morality and immorality, knowledge and ignorance, and freedom and slavery. The aforementioned assertions are empirical in Nigeria’s political context.  The disproportionate victims of the deaths arising from maladministration illustrate the death and life scenario. The effects of inadequate equipment in public hospitals, poor road infrastructure and the high spate of insecurity have been continually and directly terminating people’s life day in, day out, whereas a proper working system could have  ameliorated the persistent havoc. Moreover, the political establishment supervises all sociopolitical occurrences. The academic curricula across elementary, secondary and tertiary institutions are configured to protect and maintain the status quo. Only a few persons go the extra mile in search of unadulterated knowledge because the education system doesn’t reward such effort. Reward is only placed on the systematic and prescribed learning process.

The political establishment also maintains moral values through academic, religious and traditional institutions which indirectly represented the state agenda. The academia, religious and traditional leaders who define truth and falsehood, justice and injustice, and freedom and slavery for their subjects are part of the ideological state apparatus. Alhaji Muhammadu Sanusi, the dethroned Emir of Kano, committed unpardonable sins against the political elite in northern Nigeria. The deposed emir ‘failed woefully’ to utilise the revered emirate stool to promote the northern oligarchical system. Instead, he embarked on a royal mission to change social values, and pursue justice, equality and prosperity in the North.

Sanusi has paid for tackling the continuous decline in the quality of governance in the North. The high spate of insecurity, mortality, unemployment, illiteracy and several manifestations of a failing system have reached a perilous proportion in Northern Nigeria. Only time will tell whether the region has begun the journey to join the league of Afghanistan, Somalia and other war-torn  areas, the period every Northerner will pay for their action and inaction. The assertion that Sanusi’s criticism of the northern political structure was politically motivated lacks validity. The allegation of the missing $20 billion oil revenue from the national treasury while he was serving as the Central Bank of Nigeria (CBN) governor proved controversial. The report may have been favourable to the then opposition party prior to the 2015 presidential election.

The former opposition party later ascended the seat of power as political events unfolded, while Sanusi was given a royal platform. The man used the opportunity to pinpoint the plights of his subjects, while other Northern leaders were engrossed with the region retaining political power beyond 2023, the Amotekun initiative adopted by the South-West governors to tackle the region looming insecurity, and several events in other sections of the country. Therefore, Muhammadu Sanusi’s antecedents and the current obtainable facts in the North support his observations, beyond political calculations and rants.