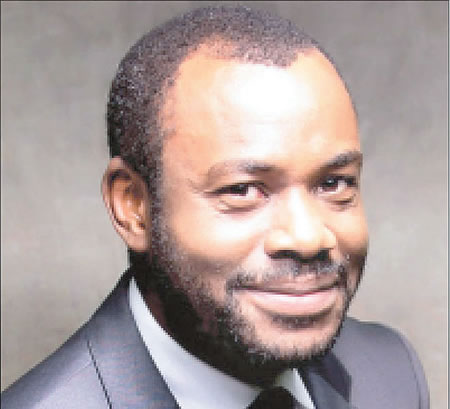 Recently, in a survey by KPMG Nigeria, Sterling Bank was ranked the third best banking institution in the country. In this report, Kehinde Akinseinde-Jayeoba looks into the performance of the bank and its strategies to grow market share.

Four decades after the establishment of the pioneer merchant bank, Sterling Bank, formerly NAL Bank has had its share of struggles through series of restructuring to mergers, rights issues and private placement, and in recent times, it has set for itself in corporate revivals an imposing standard.

Looking at the mid-term objectives (2017-2021) which include- growing its market share, diversifying funding base, reducing non-performing loans and increasing return on average equity; the bank is not performing badly, under the leadership of Abubakar Suleiman, the bank’s Chief Executive Officer, who resumed in April 2018.

These objectives are hinged on agility, business specialisation and digitisation of its operational model. It also adopted the HEART initiative, an acronym for Health, Education, Agriculture, Renewable Energy and Transportation, which it will be supporting through partnerships, investments and loans.

The full service national commercial bank for 2019 full year grew its net profit by 17 per cent to N10.8 billion from N9.2 billion a year earlier, having sustained steady growths across key performance indicators, considering a difficult operating environment for most banks in the tier 2 space.  Pre-tax profit also went up 15 per cent (year-on-year) to N10.9 billion, bringing Ratio on Average Equity to 10 per cent in full year 2019 compared with 9.2 per cent recorded in full year 2018 and 8.56 per cent recorded in 2017.

Key extracts of the audited report and accounts of the bank for the year ended December 31, 2019 indicated that gross earnings rose from N148.7 billion in 2018 to N150.2 billion, which is in line with analysts prediction of N149.5 billion.

According to the Chief Executive Officer of the Sterling Bank, the bank’s top-line growth was driven majorly by growth in fees and commissions by 24.3 per cent, despite a steady loan base as it continued to diversify into key sectors of focus and a decline in trading income.

In the year under review, the bank delivered more than 200 per cent increase in loans to its retail and consumer segment with its Loan-to-Deposit Ratio (LDR) above the regulatory limit all year round, with an increase in deposit base by over N130 billion during the 12-month period, representing over 75 per cent growth from its 2018 performance of about N75 billion, while shareholders’ funds grew by 22.2 per cent at the end of the year. In terms of asset quality, Non Performing Loan ratio declined by 20 bps to two per cent on the back of improved performance in some previously classified loans

Interest expense of the bank declined by 10.9 per cent driven by a 19.4 per cent increase in low-cost deposits as the bank continued to grow its retail and consumer base, resulting in a 110 basis points drop in the cost of funds and consequently, a 130 basis points increase in net interest margin.

However, Operating Expenses of the bank grew 11 per cent y/y, driven by growth in personnel costs which was up by 14 per cent; general and administrative expenses which increased by 11 per cent and Depreciation and Amortization with 23 per cent increase. The increase in OPEX which was at par with the growth in Operating Income kept Cost to Income Ratio (CIR ex-provisions) stable at 80.6 per cent in FY 2019. This remained relatively flat during the year even as operating expenses grew on the back of staff salaries and wages and spend on technology infrastructure as well as digital platforms.

Further analysis showed that in comparison with its peers, Sterling Bank delivered the highest percentage growth in terms of savings deposits and second highest in terms of total low-cost deposits.

While still far behind in revenue scale of some bank, Sterling Bank must strive for balance by being aggressively cost-efficient. There are several leads it may have to focus on; Repairs and Maintenance, where the bank recorded N7.3 billion in 2019, after spending another N7 billion in 2018.  Also Admin and Office expenses incurred N5.4 billion and N4 billion respectively in one year.

Recently, KPMG Nigeria in its 2019 Nigeria Banking Industry Customer Experience Survey ranked Sterling Bank Plc as the third best retail banking institution in Nigeria. The ranking which singled out Sterling Bank as one of the biggest movers in the banking industry since 2017 was the outcome of a research that was completed last year, via face-to-face and online survey methodology.

With SMEs contributing 48 per cent to national GDP, accounting for 96 per cent of businesses and 84 per cent of employment in Nigeria, a healthy SME industry is vital for the growth of any economy.

In Nigeria, there are well over 37 million of such Micro, Small and Medium Enterprises (MSMEs), but have been generally challenged by access to quantum and affordable financing, beside assessed dearth of skills in managing the business.

True to its objectives of supporting SMEs through partnerships, investments and loans, Sterling Bank has been reckoned with, especially in the solving the main problem encountered by entrepreneurs in Nigeria. Last year, Sterling Bank Plc, there is earmarked N50 billion to meet the urgent needs of existing and potential customers in the SMEs. It is part of efforts to ensure that SMEs and entrepreneurs contribute meaningfully to the nation’s economic growth.

The bank has developed a scheme known as the Business Support Facility where operators of small businesses can access funds to grow their businesses in a sustainable manner.

According to the Group Head, Retail Assets and Liability of the bank, Mrs Benedicta Sadoh, the scheme is targeted at entrepreneurs, where they can access loans to meet urgent business needs and it is payable over an extended period of 24 months. The scheme allows entrepreneurs to pay conveniently over a dedicated period of time with processing time of 48 hours and minimal documentation period.

This offering exceeds other banks as most banks do a 12-month offer for entrepreneurs because of the volatility of their business but Sterling Bank extended their repayment tenure to 24 months.

Despite a lower dividend payout of three kobo per share for the year ended 2019, investors of the bank are optimistic that the bank has potentials of increasing its returns on their investments despite the difficult operating environment for most banks in the tier 2 space, and having seen the crops of young blood injected into the executive management of the bank.

Sterling Bank has an authorised share capital of N16 billion, made up of 32 billion ordinary shares of 50 kobo each of which N14.395 had been issued and fully paid-up and a share premium of N42.8 billion. With a market capitalisation of N39.7 billion, Sterling Bank’s share price closed at N1.38 Kobo on Friday having lost N0.05 Kobo or 3.50 per cent.

Investors on the sidelines are optimistic that the bank, with 75.9 per cent Year-To-Date return in share price appreciation in 2018, could end year 2020 with positive returns despite recording 4.7 per cent YTD in 2019. This might however not be achievable as the bank’s share price 1 Year Return stands at -38.56 per cent, considering the impact of the novel coronavirus pandemic on the stocks market and economy at large.

Therefore, Nigerian banks’ earnings and profitability are expected to decline drastically in 2020. In specific terms, banks’ earnings from their core business are projected to decline in the short term due to an expected rise in impairment charges and lower yields on their loan books. More so, the contractionary monetary policy stance, exacerbated by discretionary Cash Reserve Requirement (CRR) debits by the CBN, is expected to affect banks’ overall performance this year.

While directions are yet uncertain, analyst encouraged cautious trading. “In our opinion, risks remain on the horizon due to a combination of the increasing number of COVID-19 cases in Nigeria and weak economic conditions. Thus, we continue to advise investors to trade cautiously and seek trading opportunities in only fundamentally justified stocks,” Cordros Capital said.

The killings in Akinyele

MTN: Sailing against the wind

Ups and downs of MTN Nigeria 19 years after