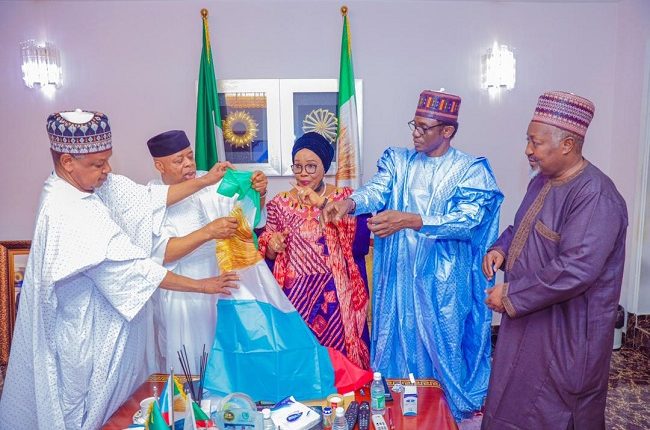 The governing All Progressives Congress swelled its rank in the South East on Wednesday with the defection of Senator Joy Emordi to the party.

Governor Buni who expressed delight over the new entrant to the party said the ruling party was determined to make a significant incursion into the southwest zone.

He said: “There is a need for us to join hands for the political stability and national unity of our dear country.

“The coming of Senator Emordi and other prominent politicians from the Southeast into the APC will promote national unity.

“The Southeast is a strong political block and very crucial to the unity of the country, this will no doubt add to national cohesion.”

In his remarks, the former PDP Board of Trustees member said she was convinced that the future of a prosperous and united Nigeria lies in the APC.

She described the APC leadership as sincerely and genuinely committed to a united Nigeria that has plans for the future generation.

She further assured the party of her loyalty and her supporters to the party.

“l assure the party of my loyalty and support and to work for the success of the party.”

“The APC-led federal government is working for the South East and this is attracting more PDP members into APC.”

In spite of the huge investment in the water sector by the government and international organisations, water scarcity has grown to become a perennial nightmare for residents of Abeokuta, the Ogun State capital. This report x-rays the lives and experiences of residents in getting clean, potable and affordable water amidst the surge of COVID-19 cases in the state…Senator Emordi joins APC  Senator Emordi joins APC