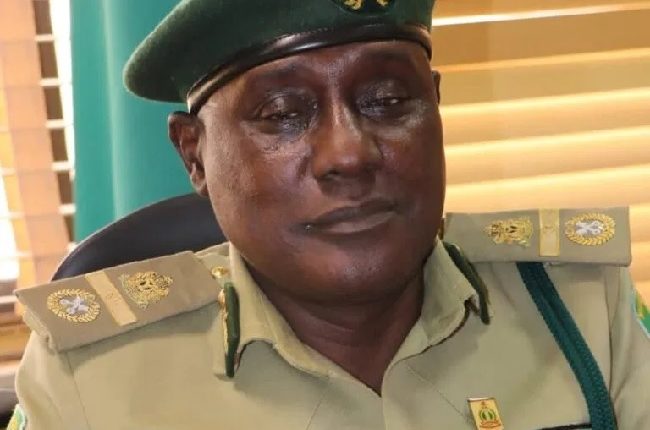 The Senate, on Wednesday, confirmed Alhaji Haliru Nababa as Comptroller-General of the Nigerian Correctional Service.

The confirmation was sequel to the consideration and adoption of the report of the Committee on Interior led by former Borno State governor and Senator representing Borno Central, Kashim Shettima.

Presenting his Committee’s report, Senator Shettima said there was no petition or incriminating report against the nominee, whom he noted displayed a high level of intelligence and showed capacity to hold the office of Comptroller-General.

Senator Shettima further declared that the nominee satisfied the requirements of Section 3(2), as contained in the Nigerian Correctional Service Act, 2019.

The Chairman of the Committee said in the course of the screening of Nababa, the nominee identified the challenges confronting Correctional Service to include, lack of adequate supply of arms and ammunition to curb jailbreak in the country; lack of adequate funding and inadequate releases of allocations.

He added that Nababa further noted that inmates awaiting trials are to be given urgent attention to decongest Centres, adding that, “efforts will be made to acquire more spaces in collaboration with the State Governors and stakeholders.”

At about 25 minutes, the train slowed down at the uncompleted Omi-Adio terminal, a village on the Abeokuta/Ibadan expressway; it’s a stone throw from Apata in Ibadan. Conveyance of passengers from there and other terminals has not kickstarted as the terminals are still under construction and workers were found there…Senate confirms Nababa as Comptroller-General for Nigerian Correctional Service