Security agents arrest one armed bandit, shot others in Kogi 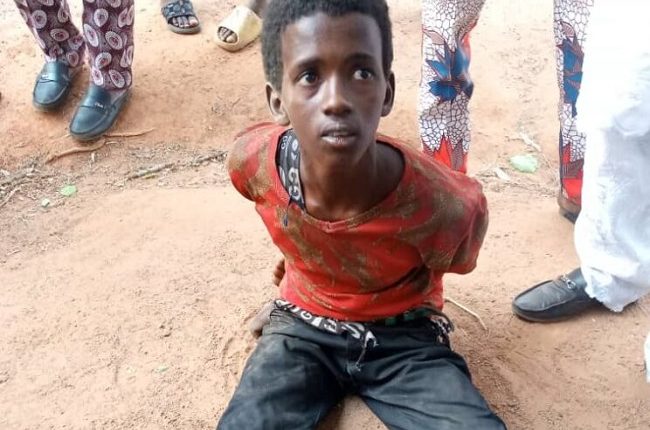 Security agents in Kogi State have arrested an armed bandit terrorising Yagba West local government council of Kogi state, while five others escaped with bullet wounds during the operation.

It was gathered that they attacked people and wanted to abduct them when they were engaged in the crossfire by the security agents.

The Senior Special Assistant to the Chairman on Media and Publicity, Mr Toba Abraham in a press statement issued on Friday stated that the Chairman of Yagba West Local Government Area Council, Hon. Pius Kolawole has recorded another breakthrough in his fight against crime and criminality with the arrest of one of the armed robbery gang terrorizing the area by the ‘Special Security Taskforce’ set up by the Executive chairman.

According to him, luck ran against the gang of notorious armed bandits while attempting to kidnap some people along Oke-Ere road of Yagba West when one of the victims who escaped to the nearest bush alerted the Special security Taskforce of the Executive Chairman of Yagba West local government.

“With prompt response from the security squads who are on regular patrol, they were able to arrest one of the gang members while the other five members escaped with gun bullets.

Some of the items recovered from the bandit are locally made AK-47, revolver pistol with live ammunition.

The surprise visit made on Friday night by the leaders of the ruling All Progressives Congress (APC) to former President Goodluck Jonathan at his residence in Abuja triggered a stir in the major political camps, resulting in at least four possible theories..Security agents arrest Security agents arrest

Buhari lauds Chad for military back up in fight against insurgency