•We don't know anything about the ammunition, Suspects cry out 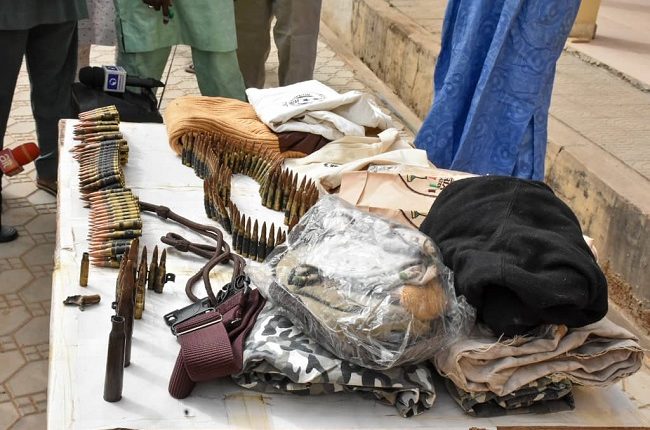 Following the discovery of over 300 rounds of live ammunition and other dangerous weapons in a 4 bedroom building in Bauchi, State Police Command has declared four people have been arrested in connection with the ammunition kept in the building located at Anguwan Mahaukata area of Bauchi metropolis.

According to the Command PPRO, SP Ahmed Wakili, the suspects, including two house agents were arrested on Sunday, 14th February 2021 at about 18:00hours at Kofar Dumi area of Bauchi metropolis by a Police patrol team that was on routine security checks. 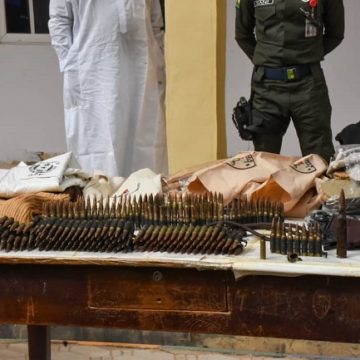 He gave names of the arrested four suspects as Muhammed Sanusi, Abba Sa’idu, Yakubu Ahmed and one Sa’idu who are all residents of Bauchi saying that the main suspect who kept the ammunition in the four-bedroom building belonging to one Hafsat Umaru Tela, was a 50-year-old Adamu Suleiman.

The Command spokesperson added that Suleiman was a tenant in the building, adding that based on intelligence, Police had kept watch on the building before it was eventually raided to recover the ammunition and other weapons.

The PPRO disclosed that two of the suspects arrested, Muhammed Sanusi and Abba Sa’idu, were the agents who brought the main suspect, Adamu Suleiman into the house.

He assured that the Police are still investigating the issue with a view to getting to the roots of the discovery of the weapons and ammunition in the building, the owners and the purposes for which they were acquired and called on other agents to always endeavour to investigate tenants renting apartments.

It will be recalled that the State Governor, Sen Bala Abdulkadir Mohammed has ordered the immediate demolition of the four-bedroom building on the discovery of stashed ammunition to serve as a deterrent to others who have a criminal tendency.

It was discovered that the yet to be identified Immigration officer was a onetime member of the Multi-National Joint Taskforce fighting insurgency in Borno and Yobe States. 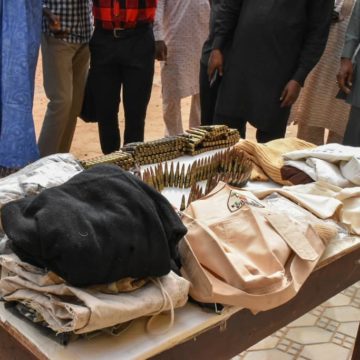 It will be recalled that the State Governor, Sen Bala Abdulkadir Mohammed has ordered the immediate demolition of the four-bedroom building on the discovery of stashed ammunition to serve as a deterrent to others who have a criminal tendency.

However, there was a mild drama at the Police Command headquarters on Thursday during the parade of the suspects who all denied knowing anything about the recovered ammunition declaring that they only saw the weapons in the building contrary to the claim of the Police.

Adamu Suleiman narrated that he rented the building for N75, 000 out of which he deposited the sum of N30, 000 and “when I went to clean the building to enable me to park in, I saw a bag, upon examining it, I discovered that it contained those items. I immediately contacted the local security outfit called ‘Yan Komiti’ who came and saw the items, they informed the Police and now I am being held as a suspect.”

Both Muhammed Sanusi and Abba Sa’idu narrated that they are house agents and they got the building for Adamu who is well known to them but said that they did not enter the building to know what it contained.

The Police, however, assured that as soon as it is established that those being held in custody had no hand in the keeping of the ammunition, they will be set free without any delay.

Security agents arrest one armed bandit, shot others in Kogi