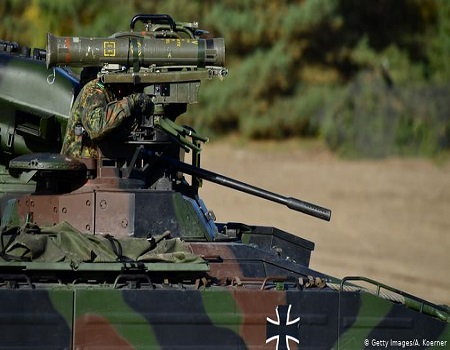 Saudi Arabia expects Germany to end its ban on weapons exports to the kingdom, its foreign minister told media on Monday.

“We hope Germany understands that we need these resources to defend ourselves,’’ Prince Faisal bin Farhan Al Saud said, pointing to attacks in 2019 on Saudi oil facilities that he blamed on Iran.

According to the minister, the fact that the German government nevertheless continues to block arms deliveries to Saudi Arabia does not fit the good relations that they have with Germany.

The export ban was introduced in November 2018 after Saudi dissident journalist Jamal Khashoggi was killed in Turkey.

Top officials in Saudi Arabia are suspected of being behind the murder.

An export limit on weapons to countries “directly” involved in the war in Yemen had already been agreed by the German coalition government in 2018, although it contained many loopholes to allow for some arms dealings.

Saudi Arabia is leading an alliance of Arab nations fighting against Houthi rebels in Yemen, who are supported by Iran.

The war has caused one of the world’s worst humanitarian disasters.

The export ban has already been extended twice and is currently active until March 31, 2020.

“We are in a difficult region, that is why it is so important for Saudi Arabia to be able to defend itself, we hope that the German government understands that,’’ Prince Faisal said.

He praised the high quality of German weapons, but also noted that there are other places from which armaments can be acquired.

“We will buy what we need wherever we can get it,’’ Prince Faisal noted.