Latest NewsSportsWorld News
By Tribune Online On May 29, 2020 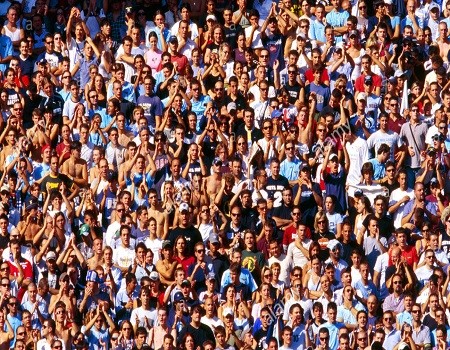 Russia’s Sports Minister said on Friday he welcomed a decision by the authorities to allow spectators into stadiums when matches in the country’s top professional football league resume next month.

The Russian Premier League halted matches in mid-March because of the COVID-19 crisis and is set to resume action on June 21.

“It’s important that the football championship resumes in the presence of spectators, even though small in number,” Russian news agencies quoted Sports Minister Oleg Matytsin as saying.

“I watched Bundesliga matches. The mood is very strange. There isn’t enough emotion. Without spectators, the matches do not look the way we are used to.”

Russia’s consumer health watchdog agreed on Thursday that stadiums could welcome spectators at Russian Premier League matches if they took up no more than 10 per cent of a given venue’s capacity.

Lokomotiv Moscow and Krasnodar are second and third respectively, nine points behind the leaders.

Earlier this month, Russia said it would allow foreign athletes competing in its domestic sports leagues to enter the country even though its borders remain closed to foreigners.

It said the move was designed to help clubs resume training.

As of Friday, Russia had recorded 387,623 cases of the novel coronavirus, the third-highest reported total in the world after the US and Brazil.