***they should not find excuse in current economic challenges, he says 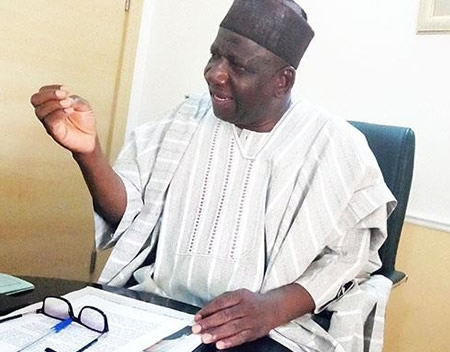 National Chairman of African Democratic Party (ADP), Malam Sani Yabagi, said it is unfortunate that many Nigerian youths are now concentrating their energies on internet fraud and other crimes rather than focusing their attention on nation-building.

The party chieftain, who noted that youths were the bulwark and strengths of any society and were indispensable to nation-building, however, charged not to find an excuse in the current economic challenges in the country to take to crime, but strive to do anything legitimate to better their lives.

Yabagi expressed this worries at the weekend while speaking at the ”2019 National Youth Summit” organised by the party, with the theme: “Building Bridges Among Youths Across Continents.”

According to ADP national chairman, while the youth are considered as the bulwark and strengths of any society and also indispensable to nation-building, it is disturbing that more and more youths were taking to negativities instead of channelling their energies on the things that would make the country better.

“The values with which the Nigerian state builds socio-political, cultural and economic vitality are represented in the profound energy of the Nigerian youth.

‘”That is why at different times in the Nigerian political history, youths have played roles for the uplift of the nation.

”However, an ugly streak appears to be enveloping the Nigerian youths. Many youths these days appear to dwell more on the negative.

”Most of those carrying out insurgency and insurrection in the North East, banditry in the North West, a session in the South East, kidnapping and robbery in other geopolitical zones are youths.

”Most disturbing is the recent trend of cases of cybercrime, fondly branded Yahoo Yahoo is gradually becoming a fad.

”To our consternation, youths engaging in this demeaning business are doing it overtly. Some are even proud enough to flaunt their wealth around and could boldly pronounce himself a Yahoo boy wherever he goes.

”This substantiated further the level of degeneracy in our youths and the well-entrenched decadence in our society’,’ he lamented.

Speaking further, Yabagi urged governments at all levels to provide jobs and opportunities for the youth to substantially address the problem, even as he charged the Nigerian youths not to find an excuse in the economic challenges in the country to take to crime but should strive to do anything legitimate to better their lives.

The party boss pointed out that the likes of the sage, Chief Obafemi Awolowo; late Dr Nnamdi Azikwe, General Yakubu Gowon, among others made great contributions to the country as young people not in the absence of challenges, urging the present generation to draw inspiration from them.

“We know the youth are under pressure and are facing enormous challenges but from time immemorial, Nigeria has been having challenges and the generations of youth at that time did not mortgage the nation’s future or compromise their personal integrity,” he recalled.

“Could it be said that there were no challenges confronting the nation when the likes of Chief Obafemi Awolowo, Dr Nnamidi Azikiwe, Alhaji Sir Ahmadu Bello, Mallam Aminu Kano, Chief Anthony Enahoro and others were fighting colonialists and agitating for independence for Nigeria?” he queried, declaring: “Time has come for Nigerian youths to scheme and regain their pride of place in the politics of the nation.”

Yabagi, however, said some Nigerian youths, including Wizkid, Davido and Alex Iwobi were doing the country proud in their various endeavours, expressing the belief that the country would be great if youths made hard work their watchwords.

A member of the Conservative Party in the United Kingdom, Mr. Jaymey Mclvor, who was guest speaker, in his remark said young people were the real movers of the society, even as he described Nigeria as a land of opportunities while urging the youth to do their best to take the country to where it should be.

The guest speaker, himself a youth, said he was at the summit to share ideas on how youths could define the future of the country, using the UK experience.

”The young people need to stand up and participate more in nation-building. The youths are the movers of any society; they should take charge and define the future of the country’,’ he said.

Mclvor said in making the kind of change needed to move the country forward, the youths should not do anything that could threaten the peace and unity of the country.

The politician, who revealed that the ideology of the Conservative Party centred on building a better British society, said he saw some correlations between the values of ADP and those of his party.

While noting that every country had its own challenge, Mclvor urged Nigerians to work to fix the country.

In his welcome address, Lagos Chairman of the party, Mr Bolaji Nasir, said though the summit was the first edition, it would be organised on a periodic basis across all the geographical zones.

He described ADP as a party for everyone, saying no party had provided more opportunities for the youths than ADP.

Also speaking, spokesperson of the party in the state, Mr Adelaja Adeoye, said the party did well in the last elections despite being relatively new and was poised to win the coming 2023 polls, pointing out that ADP currently had a House of Representatives member and another state lawmaker.