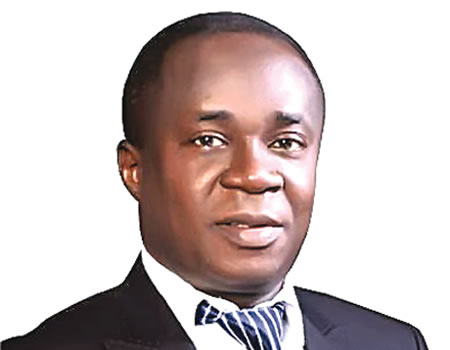 The rising inflation rate poses a challenge to monetary policy especially in the face of the need to stimulate economic activities through a lower interest rate environment and rescue the economy from recession.

Uche Uwaleke, a professor of Finance at the Nasarawa State University who stated this in reaction to the April 2020 inflation report by National Bureau of Statistics early on Thursday, however, noted that the 12.4 per cent figure could have been higher if the Federal Government did not release food items from national reserves.

“So, it puts the Central Bank of Nigeria (CBN) in a dilemma and I expect the Marginal Propensity to Consume (MPC) to weigh the balance of risks in favour of economic growth in their next meeting.

“Because the impact of COVID-19 on the economy will feature prominently in the next MPC meeting, my expectation is that members will vote to retain all the parameters including the Monetary Policy Rate (MPR) at 13.5 per cent to take care of rising inflation and the pressure on exchange rate except the Cash Reserve Ratio which may be dropped from 27.5 per cent to possibly its previous level of 22.5 per cent to allow the banks more liquidity room.

“I sense the CBN governor may seize the opportunity of the meeting to announce some heterodox measures aimed at aiding financial intermediation by the banking sector.

He said it was of interest that while core inflation, that is, all items less volatile farm products, is relatively under control at below 10 per cent the pressure is still coming from the food component which rose by over 15 per cent.

This should be expected in view of the border closure and increased demand for food on the back of COVID-19 lockdown.

“As a matter of fact, the rate of increase in food inflation could have been higher if the Federal Government had not released grains from the country’s strategic reserves.

“The way to cage it is to ensure that the stimulus packages get to farmers so that more food can be produced locally in the coming months considering that the borders may not be opened anytime soon due to COVID-19.”

Court remands man who allegedly stole 50 gallons of palm oil, others worth N10m