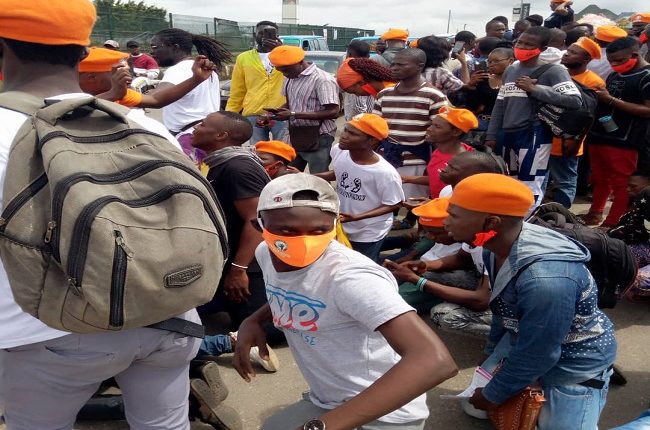 No fewer than 5 persons were yesterday brutalised by the operatives of the Department Of Security Services (DSS) during a protest in Osun state.

The brutalised persons, who were members of Coalition of Revolution (CORE) movement gathered at popular Ola-iya junction in Osogbo, the state capital where they mobilised themselves in a formidable group for a peaceful protest before they were arrested and beaten silly by the security men who later released them after the intervention of many Nigerians who condemned the inhuman act.

The Heads of maritime agencies have looked at the possibility of utilizing the Onitsha river ports and other dry ports scattered across the country towards decongesting the Lagos ports and also easing the pressure on the roads. protest

Governor Samuel Ortom of Benue State on Saturday confirmed that he was in consultation with the All Progressives Congress (APC) ahead of the 2023 elections.