Rep sponsors 30 youths for police employment in one year 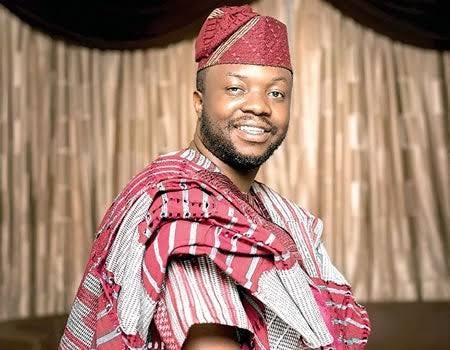 Share
A member of the House of Representatives, representing Irepo/Olorunsogo and Oorelope federal constituency of Oyo State, Hon. Olumide Abiodun Ojerinde has said that he sponsored employment for 30 youth in to police in the last one year.
Speaking with the TribuneOnline on his 365 days in the National Assembly, Ojerinde, who said the employment into the police was the first time in the history of the constituency, added that beneficiaries are presently in Police College for the mandatory training.

However, the lawmaker said that the prevailing economic situation in the country had made efforts to get civil service appointment for his constituents elusive.
“Talking about civil service, we must be frank with ourselves, the present economic situation is overwhelming the government. If I want to be a political propagandist, I would say something is coming. But we can’t continue to lie. Government is even struggling to pay civil servants. However, if things improve in the country, and the opportunity comes, I will lobby civil service positions for my people, but for now, I can’t promise that” he said.
Ojerinde, who said he has sponsored four bills, “aimed at calling the attention of the government to our existence as a constituency and as a people, added that the bills are on the establishment of tertiary institutions such as the creation of a college of education, polytechnic, university, and a federal medical centre.
“My priority among the four bills is that of the establishment of a federal medical centre due to prevalent health situation in the country. My constituency is about 70 kilometres to any available medical infrastructure. The distance of my constituency to the state capital, Ibadan, is about 200 kilometres. Relating that to the novel coronavirus pandemic, we need to think about our health sector and our education sector as well. So, the bills would be going for second reading after approval of the first reading, among other steps before they are actualized.
Ojerinde, who is a first-time lawmaker, said he has empowered over 1,500 people with financial support and provision of equipment for various vocations, adding that he engaged NISER to enable farmers to get access to loan facility from government.
He also said that he has attracted N500 million capital projects to his constituency, adding that the development projects are in areas of human development, infrastructure and health.
“It will cover the renovation of schools and primary healthcare centres, agriculture, support for local farmers, including women training and empowerment. Though, it may be cut down to about N300 million due to present review of the budget”, he said.
He also said that his constituency office is planning empowerment programme to mark his one year anniversary in the legislature, adding that he has sensitized people on COVID-19 and distributed palliatives to about 7,000 people in the area.
Ojerinde, while describing his experience in the National Assembly, said “it is quite different from how the Nigerian public sees the legislative arm of government. There’s a lot of work being done that members of the public do not know. They only hear of blackmail against the legislative.
“People need orientation about political positions and roles of those positions. There should be specific definitions and information of the executive, legislative and judiciary arms made known to people. The legislative arm has been victimized over time. A lot of people are not appreciating their work. Society needs to appreciate and encourage our lawmakers”, he said.

Yoruba, Ndigbo, Arewa call for re-awakening of ‘June 12 spirit’ for Nigeria to progress