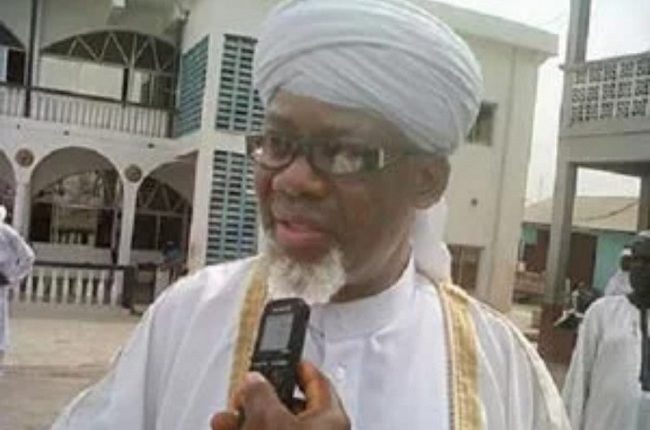 FOUNDER, Shafaudeen-in-Islam Worldwide, Professor Sabit Olagoke, has called on religious leaders to deal with issues and not attack personalities in commenting on developments in the polity.

Olagoke, addressing newsmen at Shafaudeen International Headquarters, Wakajaye, Ibadan, stressed that religious leaders should always advance constructive arguments and not destructive ones in their public comments.

Making particular reference to the Christmas homily of Matthew Hassan Kukah, Olagoke said the Catholic bishop ruined his message by hitting the person of President Muhammadu Buhari and not sticking to rendering advice on issues bedevilling the country.

Olagoke said: “On the issue of Reverend Father Kukah, if you want to represent religion, you have to deal with issues, don’t deal with personalities. When you look at Nigeria, poverty keeps rising. Why have successive governments failed to address the issue of poverty? It is not about the religion of those in charge.

“None of those ruling us has ever been in charge. It has always been a case of cartel and cabal. They dictate to our ruler. We have not had a leader that is entirely free; they dance to the whims and caprices of those who are powerful.

“So, for Kukah to be going into personality, you ruin everything. This is Kukah who may not hold office but is powerful. He should advise. We are supposed to be builders and be committed to building. For the politicians, the beautiful ones have not yet arrived. Where Kukah missed it was dwelling on personality.”

The cleric identified restructuring and a review of the 1999 Constitution as crucial for the nation to experience real development.

He particularly advocated the adoption of the aborted 1963 Constitution which supports regional development.

The Islamic scholar urged government at all levels to be proactive in addressing issues and give youths the opportunity to attain positions of authority.

He chided leaders who, in spite of their advanced ages, hold on to power, urging today’s leaders to allow young and vibrant Nigerians to take over leadership.

Olagoke also called for attitudinal change to guarantee peaceful coexistence in the country.

“There is the need to review our constitution. The existing one is a bunch of ambiguities. Until we restructure to be able to reform the constitution, we may not necessarily make any good progress in Nigeria.