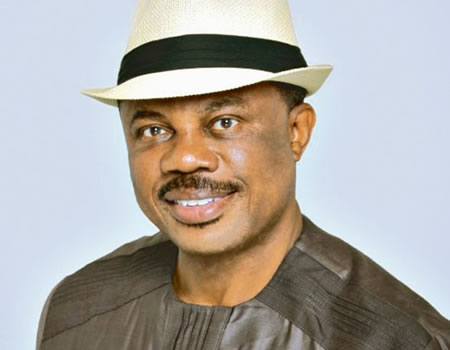 THE Anambra state Governor Chief Willie Obiano has appealed to the federal government to pay the over forty billion naira owed Anambra State government for various federal road projects executed by the State.

The twelve kilometer road also has a Bridge, spanning about twenty meters.

At the site, it was observed that steel work and reinforcement were ongoing on the bridge.

Governor Obiano who said that the contractor handling the project has assured of completion of the project by the end of January next year, stressed that the money owed the State by the federal government will go a long way to complete many ongoing projects in the State.

The Governor while applauding the quality of work so far done, said that the road has a lot of socio-economic importance to the Communities and the entire State, and urged the people of the area to continue to support the good work of APGA by supporting candidates who emerged from the area.

He called on aggrieved members of the party to sheath their swords and join hands with him to move the party and State forward.

The Area Manager of the Contractor handling the project, Mr Sammy Mustapha, assured completion of the project in record time.

A major stakeholder in the area and the deputy President Ohanaeze Ndi-Igbo Anambra state chapter, Chief Alex Onunkwo, praised the Governor’s efforts in developing the State despite the economic challenges and assured of their unflinching support for the present government.