Re: I am frustrated, unhappy 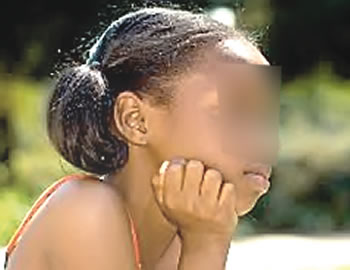 I’m a 22-year-old lady. I have a boyfriend who is 27. We have been together for the past two years.

I am getting really tired of my boyfriend’s attitude towards me. He speaks very rudely to me, hardly calls me because he says he doesn’t have money and pretty much just does whatever he likes. He doesn’t listen to me anymore and when I complain, he turns it into a fight. I really don’t enjoy talking to him anymore because he would always find something negative to say.

For about two months now, he hasn’t called me, we sometimes chat via Whatsapp. I call him as often as I can without complaining as I understood that he was really broke. It got so bad that he said he doesn’t have money to eat. I only support Him with prayers as I am not working yet.

A few days ago, I called and he told me he was asked to pay N20,000.00 for something.  I was concerned about where he would get the money. To my surprise, he told me he had money to pay and I should never ask him where he gets money from that I was trying to ridicule him by suggesting that he doesn’t have money in his bank account. I was speechless. I later found out that he had been paid two months salary the very week he told me that he didn’t have money.

We have been apart for about a year. He had to move to another state. This might be the reason for the change in attitude because it wasn’t this bad when we were staying in the same state.

I am getting frustrated and unhappy.

What can I do ma?

Seun, since the relationship has lasted for over two years, coupled with the distance between you, it is evident the guy’s affection is waning gradually. If you really love this guy, you should endeavour to see him and bare your mind. Then, from your conversation, you should be able to deduce whether the guy is still interested in the relationship. —Ayobami, 08138029332.

Seun, I really thank God for your age. What you are passing through is not easy but it is one of life’s issues that you must learn how to manage. But I want you to think deeply. Even if you have offended him, go and apologise. A Yoruba adage says an eye that will function till the end of life will not give trouble early in life. You said you are getting tired of him, he doesn’t have money to call you but he got N20,000. Please, be sincere and honest with yourself. Don’t force yourself on him. If this man is not destined to be your husband please allow him to be. God will bring the real one. —Pastor Caleb Adeleye, 08108592910.

Seun, your message is well digested. For your information, the two of you are not compatible and that is the basic truth. —Ope Ijaopo <ijaopo@yahoo.com>

Seun, you don’t have to be fooled by his attitude that he does not have money. This guy, if the truth must be told, is not interested in having you as his lover. He is a pretender and he will do anything to keep you in suspense. From your description of him, I doubt if he is in for anything serious with you. To me, where he is staying is not an issue that you should lose your sleep over. Even if you are in the same city he will still do what pleases him at will. He is not to be trusted with your future. He will continue to lie to you. —Abeke, Lagos.

Seun, this boyfriend of yours is behaving as a macho man who has no respect for you. After all you have not changed your name to his and he has been showing you his true colour for him to have told you why you should not know where he got his bailout from. If he could be hiding under the  pretext of being owed salary whereas he had been paid is enough to tell you that he is an impostor. You don’ t have to waste your time and emotions on this man. He is not likely to be responsible for any of his actions  in the future. —Sikira, Alagbado, Lagos.

Nothing kills marriage faster than…