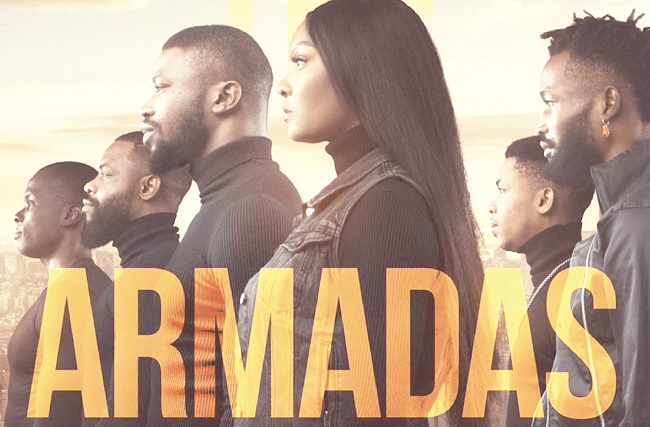 Across global movie industries, movie remakes have always been an interesting path to tread. The risk of creating such replicas is that many people have the memories of the thrilling moments filled with suspense from the original film. Therefore, it is only natural for the audience to have skyrocketing expectations if movie producers and directors are going to take that bold step to recreate such excellent art.

The original ‘Rattlesnake’ was written and directed in 1995 by the late Amaka Igwe, who was a prolific filmmaker. Two decades and a half later, renowned actor, Ramsey Noah took up the challenge to produce ‘Rattlesnake: The Ahanna Story’, which is a remake of the same movie with a modern twist.

Noah generally followed through with the original plot of the movie: Ahanna (now played by Stan Nze), a young teenager who was surrounded by the love of his parents and siblings, suddenly loses his father and is left to make ends meet for himself. Years later, he becomes a grown man and decides to move to Lagos, the Nigerian city of dreams. The seemingly young chap of the yesteryears then metamorphoses into a mastermind of organised intelligent heists executed alongside his recruits. The team comes together to form ‘The Armadas’.

This 2020 film touches on countless themes that make up the Nigerian experience. They are so embedded in our culture as a nation, which is why citizens across eras can relate to at least one of them. The first is the discrepancies in the justice system of Nigeria. As a child, Ahanna witnessed jungle justice in its rawest form when a supposed thief was chased and set ablaze. Comparatively as a teenager, he immediately recognises the imbalance between the judgement of erring masses and the ‘punishment’ given to politicians accused of embezzling public funds.

The second theme is unemployment. It is not a shock that unemployment has become deeply ingrained in our society. Many graduates have created jobs for themselves by becoming entrepreneurs while others turn to a life of social vices and hard crime. Ahanna had his share of this as he lamented to his grandmother about his inability to get a job, despite graduating with impressive grades. In the same token, Egbe, a member of ‘The Armadas’, was also retired from the military, after saving the lives of hundreds from an ambush. The film depicts that there is little hope even for those that have done the right things.

Furthermore, the audience may also relate with the evils of street crime, which include armed robbery, kidnapping and drug merchandise. Ahanna is met with a rude welcome when he enters a dreaded ‘one chance’ bus, gets all his valuables stolen and is left with nothing but loss of direction on the next steps to take. His long-time friend and hard-core drug user, Nze (played by Bucci Franklin) is also caught in a fix with an affluent drug baron named Mahmood (played by Nobert Young) without a clue on how to get out of it.

Rightly so, this movie did a great job at mirroring Nigerian realities and culture. However, there were quite a handful of loopholes. These gaps could have been intentional for the possibility of a sequel but they are still mind boggling all the same. The major issue with the plot is the improper progression and continuity of the scenes. A flaw which spanned through the course of the movie was the haphazard transition of ‘The Armadas’ from being a crew of intelligent thieves to becoming disciples of Robin Hood, with plenty inconsistencies in between. It is not clear what exactly the drug baron, Mahmood’s involvement was with Nze.

To add, it is difficult to comprehend how Richard (played by Ramsey Noah) got to know about Ahanna’s dealings and why he needed Ahanna to carry out a job for him. One is also left to ask questions about what exactly happened to each crew member during the hiatus of multiple years before the final climax, especially the disappearance of Amarachi since she was Ahanna’s love interest. Her character had been far developed in the earlier parts of the movie for her to have just been missing in action. Besides the major idea of the plot, there were a few scenes where the right emotions were desperately lacking as well.

It is unquestionable that the brilliant acting of each cast member saved the dented plot, especially the captivating performance of the lead actor, Stan Nze and Bucci Franklin. It was pleasing to see the merger of contemporary actors such as Osas Ighodaro and old faces like Omotola Jalade Ekeinde in the film. The appearance of celebrities like comedian, AY Makun and former BBNaija housemates, Nengi and Tobi Bakre added to the affluence and glamour, which some scenes sought to portray. On top of that, the picture quality of the movie was spot on, although there were some forgivable issues with the framing proportions.

Overall, ‘Rattlesnake: The Ahanna Story’ is a good piece of art that kicks off with all the right intentions but does not quite drive the point home. While the portrayal of the many facets of Nigerian life is aptly represented, the inconsistencies in the plot make it difficult to get a full grasp of what the moral of the story is. Then again, it is not the first time that movie writers and producers leave the interpretation of cinematic work in the hands of the audience to figure out, either intentionally or coincidentally.

Controversial Catholic priest and Spiritual Director of Adoration Ministry, Enugu, Nigeria, (AMEN), Rev Fr Ejike Mbaka, has taken a swipe at President Muhammadu Buhari and past leaders of the country demanding that the President should apologize to the country, especially the youth, on behalf of himself and his predecessors, for causing Nigerians so much pain…Another Nollywood movie  Another Nollywood movie

‘Our fashion brands can compete globally if…’