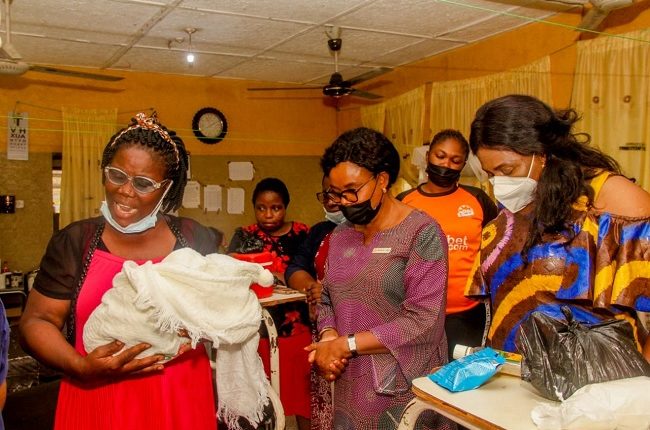 It was a joyous event on Friday, November 26 as a prospective corps member who arrived at the National Youth Service Corps permanent orientation camp, Ogbakuta, Iseyin, Oyo State delivered a baby girl.

Eniola Olayanju, the mother, a prospective corps member with state code OY/21C/4581 fell into labour during her registration process at the NYSC camp in Iseyin and was quickly rushed to the General Hospital, Iseyin where she delivered a baby girl.

Mrs Christy Olatoye, Assistant Director Press and Public Relations Unit in a statement disclosed the news, adding that both the mother and child are doing fine.

Mrs Grace Ogbuogebe, NYSC Oyo State coordinator also expressed gratitude to God for the safe delivery of the prospective corps member. She later led a delegation of principal camp officials to the hospital to see how the mother and child were faring.

Ismail Olayanju, the husband of the prospective corps member thanked the NYSC state coordinator and camp officials for the adequate care and management of his wife’s situation. He equally expressed his gratitude for the show of love to the mother and the new baby.

Eniola, the mother of the newly delivered baby girl is scheduled to be sworn in as a corps member on Tuesday, November 30 along with several other prospective corps members currently undergoing documentation and registration process at the NYSC camp Iseyin.