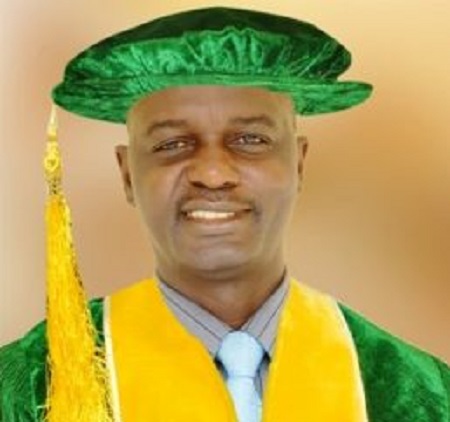 Professor Olayemi Akinwumi from Nasarawa State University has been appointed as the new Vice-Chancellor of Federal University, Lokoja by the Governing Council of the institution.

The Chairman of the Governing Council, Senator Chris Adighije while addressing newsmen on Friday, said the process of the appointment of the new Vice-Chancellor started since September 2020 where the institution declared the position vacant through publication in a national newspaper.

According to him, upon the publication, the governing council received 81 applications from various part of the country, noting that after the applications were subjected to due process and a search party was constituted to look for people that are qualified but did not apply, 20 applicants out of the 81 were shortlisted.

Senator Adighije disclosed that at the end of the interview that lasted for a few hours, the selection board came up with three names according to their scores.

“The Council met this morning to deliberate on the names and approve the appointment of Professor Olayemi Durotimi as the third Vice-Chancellor of the Federal University, Lokoja to take over from Professor Angella Miri whose tenure has elapsed,” he said.

He described the process as seamless and thanked the members of the council for their patience and perseverance that led to the peaceful conduct of the appointment of the new vice-chancellor.

The new Vice-Chancellor has taken over from Professor Angela Freeman Miri whose tenure expired on February 15, 2021.

The surprise visit made on Friday night by the leaders of the ruling All Progressives Congress (APC) to former President Goodluck Jonathan at his residence in Abuja triggered a stir in the major political camps, resulting in at least four possible theories..Prof Akinwumi emerges  Prof Akinwumi emerges