President Buhari and life in the North-Central 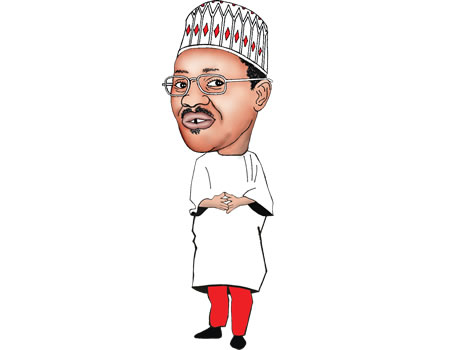 Those who have known President Muhammadu Buhari, right from his days as a military officer, will easily locate where his constituency lies. As a military Head of State, General Buhari, through his lifestyle, decisions and policies, had pitched his tent with the army of the down-trodden in the society. For the greater part of his public and private life, he has been identified as a fighter for the have-nots, the talakawas, so to speak. His ascetic lifestyle shorn of every modicum of ostentation remains an eternal testament to his support and defence of the hoi-polloi among us.  It is therefore crystal clear that the suffering of the masses in the midst of affluence in the country over the years is the leitmotif that pushed President Buhari into partisan politics with the return of democracy in 1999. As he regrets his inability to change much in the lives of the masses of his countrymen and women as a military leader, he saw the great opportunity to change things in a constitutional government. And this explains why he sought the presidency on four different occasions until he succeeded in 2015.  Campaigning during the 2015 presidential election, General Buhari wondered why there was so much poverty in the land in the midst of plenty. He was greatly appalled and pained by the sufferings in the land by the poor masses while their supposed leaders eat and belch.

And, so in all his campaigns, he promised to fight the rampaging poverty in the country by creating a robust welfare package that will take care of the alarming army of unemployed graduates, youths, rural women and the most vulnerable in society to help lift them out of poverty. Thus, when President Buhari was elected in 2015 and subsequently sworn in, his opponents in the opposition parties gloated as the price of crude oil nose-dived in the international market – leaving him with significantly dwindling revenue. These naysayers wondered where the President was going to source the funds for his audacious welfare package that he promised the Nation.  Yet that turn of national fortune did not deter President Buhari. He reached out to his well-known virtue of integrity and judicious management of state resources as he marched on to change the lives of the masses. First, he started a vigorous fight against corruption and recovery of looted funds and then the blocking of various loopholes from which state funds were stolen. He was good to go. So, in 2016, President Buhari launched the National Social Investment Programme (NSIP). “The Programme was created to ensure a more equitable distribution of resources to vulnerable populations, including children, youth, and women”. Under this scheme, government has created four programmes to address poverty and help increase economic development.

The N-Power (Nigeria) programme provides young Nigerians with job training and education, as well as a monthly stipend of 30,000 Nigerian naira (USD $83.33). The Conditional cash transfer programme directly supports the most vulnerable by providing no-strings-attached cash to those in the lowest income group, helping reduce poverty, improve nutrition and self-sustainability, and supporting development through increased consumption. The Government Enterprise and Empowerment Programme (GEEP) is a micro-lending investment programme targeting entrepreneurs with a focus on young people and women. This programme provides no-cost loans to its beneficiaries, helping reduce the start-up costs of business ventures in Nigeria. Finally, the Home-Grown School Feeding Programme (HGSF) is the one way the government is attempting to increase school enrollment by providing meals to schoolchildren, particularly those in poor and food-insecure regions. It is worth celebrating that President Buhari graciously gave the Minister of Humanitarian Affairs, Disaster Management and Social Development, Sadiat Umar Farouq, his approval to launch N-Power Batch C, on Thursday, March 11, 2021. Batches A and B with about 5000 beneficiaries catered to, and provided  opportunity for 109,823 N-Power beneficiaries to utilize the skills they acquired, and savings, to become business owners. It is in line with this great success story, that President Buhari approved the expansion of the scheme to “enable on-boarding of one million young Nigerians”.

In other words, Batch C of the N-Power programme is structured to reach out to one million young Nigerians starting out with initial 500,000 participants. What makes the scheme even more attractive and effective unlike other past schemes by previous governments, is its inbuilt independent monitoring scheme. Trained monitors were selected at the Federal level to monitor programme implementation at the states. These monitors applied online, and they were selected based on the LGA/communities they live.  According to the minister, “while implementation is done by the states, monitoring is carried out by the Federal Government through the Federal Ministry of Humanitarian Affairs, Disaster Management and Social Development. The purpose of the monitoring exercise is to ensure that objectives of the National Social Investment Programmes are achieved, and that the programme is reaching beneficiaries in efforts to achieve Mr President’s vision of lifting 100 Million Nigerians out of Poverty in the next 10 years.”

While these programmes are changing lives countrywide and lifting targeted populations out of poverty, in the North-Central region in particular, there is a large harvest of positive testimonies.  In Kwara State for instance, it is reported that A total number of 2,560 beneficiaries are to benefit from the cash grants of N20,000 each to uplift the socio-economic status of the rural women in the State. Again, it is also reported that Kwara State has received a total sum of N1,946,196,000 from the Federal Government’s Conditional Cash Transfer (CCT) programme from inception till date, impacting the lives of 34,304 poor and vulnerable households. Eight local government areas are benefiting from the conditional cash transfer in the state.  It is therefore not surprising to hear an elated Governor Abdulrahman Abdulrazaq declare that the flag-off of the CCT for rural women is another testimony of the love that President Muhammadu Buhari has for the vulnerable and poor people. “Mr President’s exceptional interest in the welfare of the poor is one of those things that stand him out among his peers. The success story of the Buhari SIP in Kwara is not different in other states of the North-Central region. Also in Kogi State, lives are being changed as many are being daily lifted out of poverty. According to reports, no fewer than 3000 indigent women would benefit from the Federal Government’s Cash Grant for Rural Women Project’ in Kogi State. This was disclosed by the Minister of Humanitarian Affairs, Disaster Management and Social Development, Sadiya Faro, recently.

The Minister announced the plan during the flag-off of the Federal government Cash Grant for Rural Women Project at Government House in Lokoja.

She said that a cash grant of N20,000 would be disbursed to about 125,000 poor women across the 36 States of the Federation and the Federal Capital Territory. ”It is consistent with the President’s new national vision of lifting 100 million Nigerians out of poverty in 10 years. It is designed to provide a one-off grant to some of the poorest and most vulnerable women in rural and semi-urban areas of the country”, said the minister.

Still in Kogi State, the Federal Ministry of Humanitarian Affairs, Disaster Management and Social Development, has employed and trained some youth volunteers to monitor the impacts of the integrated National Social Investment Programmes (N-SIP) on the people of Kogi State. This move is in line with community accountability principles to enhance effectiveness of the programme.

In Nasarawa State, over two million households are to benefit from the Federal Government Social Investment Programme and lives in the Federal Capital Territory (FCT) are being transformed daily. In FCT for instance, not only are youths and women benefiting from cash payments, they are also being trained in financial management to secure their investments and consequently, their future. Accordingly, “the SIP programme has captured over six thousand beneficiaries with six payment circles in three Area Councils, and the training module would also help teach the beneficiaries the culture of savings.”

In the past five years, President Buhari has rightfully changed the narratives in the politics and governance of this country. He is saying it loud and clear that government should be about the people. The SIP in general and the launch of Batch C N-Power in particular, represent a clear statement in this direction. And there are many testifiers in the North-Central region!

.  ▪Mohammed, a social commentator, writes in from Abuja.

Why the humanities still matter