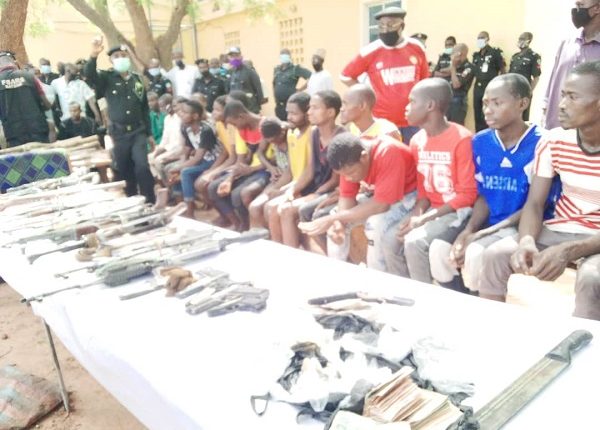 Katsina State Police Command has succeeded in arresting over 50 suspected bandits terrorizing the state especially in the eight frontline local government areas of the state.

The state Commissioner of Police, C P Sanusi Buba, disclosed this while briefing pressmen on Monday.

He said the command had carried out various strings of operations in several locations within the frontline LGAs.

This was even as he declared Adamu Alieru Yankuzo age 45yrs of Yankuzo, a village in Tsafe LGA of Zamfara State wanted dead or alive and placed N5 million bounty reward on any person or group who have useful information that may lead to his arrest.

He said, ” recently, the Command has arrested over fifty suspected bandits, kidnappers, armed robbers, cattle rustlers and recovered ten (10)AK 47 rifles, five (5) pistols, twenty – five (25) locally made guns, five (5)  vehicles, twenty (20) motorcycles in the ongoing war against all forms of crime and criminality in the state.”

The CP disclosed that the command also arrested the bandits who invaded Kadisau village of Faskari LGA of the state and killed about 20 people.

“It will be recalled that on the 09/6/2020 at about 18:40hrs, group of bandits numbering over two hundred on motorbikes, armed with sophisticated weapons, led by a notorious bandit, one Adamu Aliero Yankuzo, in collaboration with other gang leaders carried out an organized attack at the Kadisau village in which twenty (20) persons were killed while many others were injured.”

ALSO READ: BREAKING: US stops use of hydroxychloroquine to treat COVID-19 patients 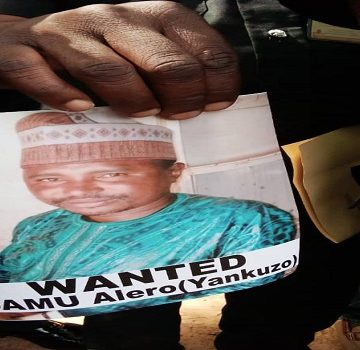 He however named Bello Usman alias Bawa, age 25 of Turare village in Dutsi-ma LGA, Usman Sule, 23yrs old of Unguwan Mai- Sabo, Faskari LGA who was on admission and Surajo Yusuf, age 20yrs old of Madachi village of Sabuwa LGA; but late all among the suspects arrested.

According to him, Usman Bello has confessed to having committed the crime, adding that he also revealed that the attack on Yantumaki village was carried out by a notorious gang leader named Adamu Aliero Yankuzo in protest of the arrest of his son (Sulaiman Adamu Aleiru age 24yrs) by the command.

The suspect further confessed to the killings of several people as well as embarking on the rustled of hundred cattle and kidnapping of four women in that operation.

The CP then declared Adamu Alieru Yankuzo age 45yrs of Yankuzo village of Tsafe LGA of Zamfara State wanted dead or alive and placed N5 million bounty reward on any person or group who have useful information that may lead to his arrest.