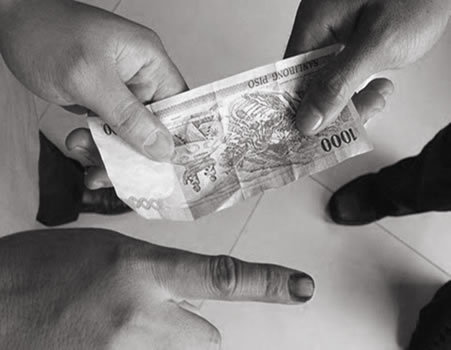 The Plateau chapter of the Peoples Democratic Party (PDP) on Saturday accused the ruling All Progressives Congress (APC) of vote-buying in the ongoing bye-election for Pengana constituency in Bassa Local Government Area of the state.

Mr John Akans, the party’s Publicity Secretary, made the allegation in Jengre town of Bassa Council of the state in an interview with the News Agency of Nigeria (NAN).

NAN reports that the bye-election is to replace Mr Ezekiel Afon of APC who died after he was declared the winner of the March 23 polls.

Akans, however, said that he could not establish the exact amount of money being given to the voters for the alleged electoral crime, but insisted that the act was being perpetrated by the ruling party.

ALSO READ: Ed-el-Kabir: Prices of rams rise in Kaduna ahead of festival

“APC wants to win this election at all costs, even when the people have rejected the party in totality, it wants to force itself on the citizens.

“As I speak, they are inducing voters; there is massive vote-buying going on,” he said.

In his reactions, Mr Bashir Sati, APC Secretary in the state, debunked the allegation and described it as a “figment of imagination” of the PDP.

Sati said his party had carried out massive sensitisation and mobilisation for the poll, hence, would win it by a wide margin.

Ed-el-Kabir: Prices of rams rise in Kaduna ahead of festival